The Batch Feedback tool was originally developed in 2009 in response to the need for academic staff to be able to quickly upload feedback for large numbers of students. The Blackboard method of uploading feedback was (and somewhat still is) cumbersome, making it very time-consuming when dealing with large groups of students.

The tool enabled users to simply upload a zip file containing all feedback for an assignment. Providing the files were prefixed with the unique student user number, the tool would automatically assign these files to the respective students. This made it possible to upload feedback to Blackboard’s Grade Centre in one single operation, rather than student by student.

The tool was well received by users at the University and has since been taken up by several other institutions in the UK, Europe and Australia.

Six years later, we set about re-designing the tool, taking into consideration feedback we had received from users. Many argued that the interface was too cluttered, presenting too many options on a single screen, resulting in confusion with regards to workflow. In addition, the requirement for users to “unzip” templates/assignments and then re-create another zip file before uploading the feedback often caused some confusion.

As a result, the new version of the tool has a much improved interface. Firstly, the three main features – download, upload and generate templates – are now split into separate pages, with a landing page providing links to all three. 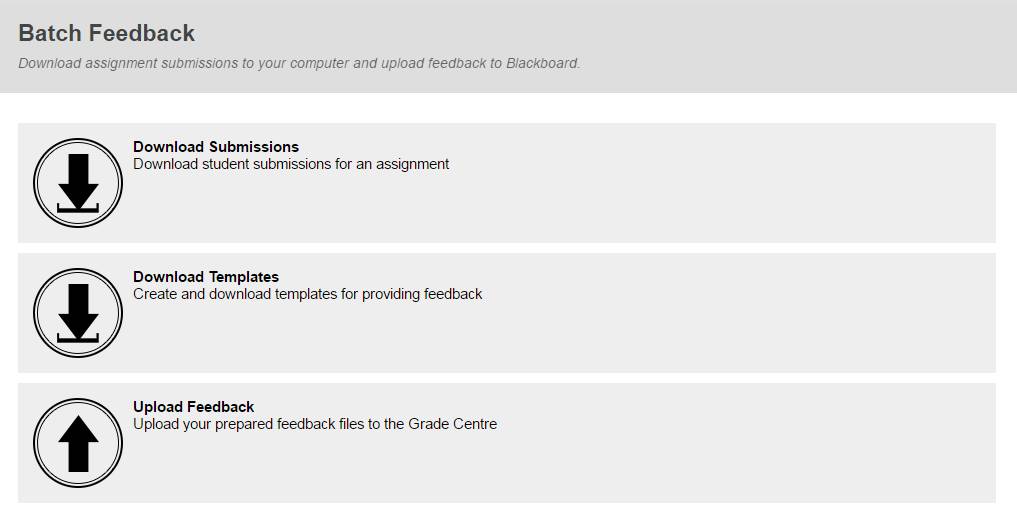 There’s a much simpler mechanism for uploading feedback – you can now simply drag-and-drop files from your computer into the Web browser (either multiple files or one at a time).

Lastly, there are also some improvements to the assignment download process. The tool now supports very large submissions much better than before (both in terms of file size and total number of submissions), as well as providing an “alternative” download method which doesn’t use zip files. This option will be offered for particularly large assignment downloads which may take a substantial amount of time to download in zip format. Due to browser limitations, this method is currently only supported by the Google Chrome Web browser. 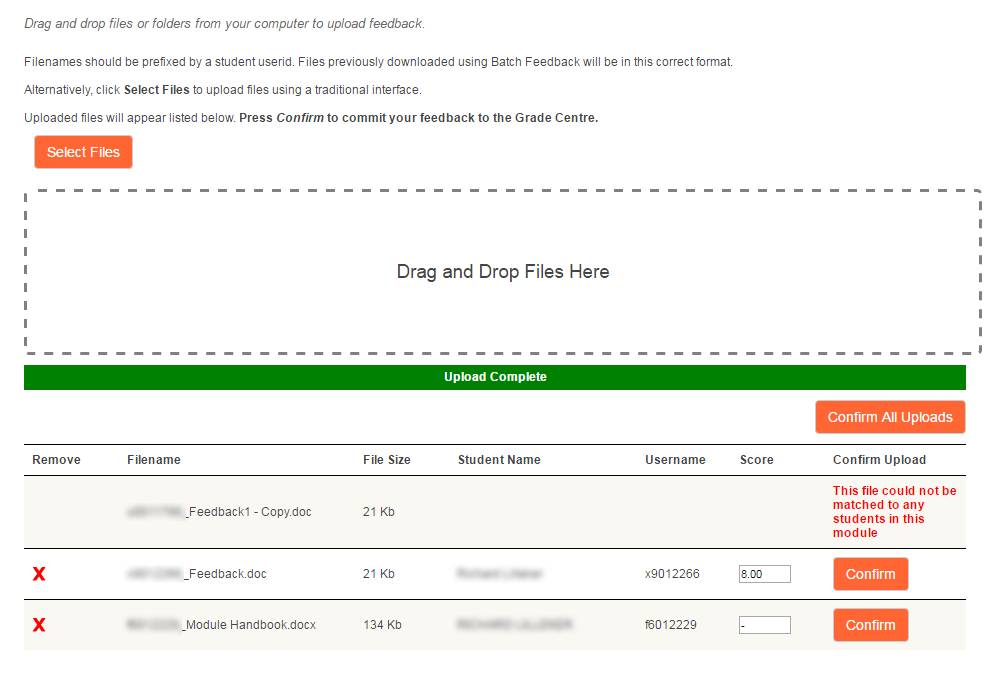 If you require any additional help with the new Batch Feedback tool, you can refer to our help guides below or contact elearning@tees.ac.uk.