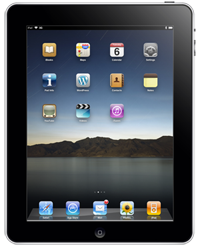 Mobile technology has evolved rapidly over the past decade and studies show that by 2015, 80% of people accessing the Internet will be doing so from mobile devices[1]. The number of mobile devices produced and purchased each year continues to grow and new devices are constantly expanding our notions of portability.

In addition, mobiles continue to merit close attention as an emerging technology for teaching and learning. In-fact, ‘mobile’ has featured in Educause’s Horizon reports for HE (published by the New Media Consortium) for the last five consecutive years in one form or another, with a ‘time-to-adoption’ of ‘one year or less’.

So what impact is ‘mobile’ having in education and how important is it for institutions to implement a suitable mobile strategy?

It’s fair to say that the 21st Century student is now surrounded by mobile technology. Many have never known a world without mobile devices and have an expectation for information to be available at their fingertips on multiple devices, anytime, anywhere. They are ‘always connected’.

Such is the dominance of mobile technology in students’ lives that their decisions on which University to attend are being influenced by whether or not the institution has a mobile presence. Students are increasingly choosing their University based on their mobile app. In-fact, 92% of students indicated that technology is an important factor in selection of their institution[2] and a survey by StudyBlue revealed that 59% of students use a mobile phone to study[3]. These statistics are comparable to a Mobile Applications Survey conducted by the DfLD (Department for Learning Development) at Teesside University in 2013, which discovered that out of 165 students, 95 (56.5%) admitted to having used their mobile device to engage in learning.

What’s more, they want an app, not just a mobile optimised version of a website. “According to Flurry Analytics[4], students spend more time using apps than browsing the Web. And there is evidence from CEM4Mobile Solutions that native apps keep users more engaged than mobile browsers, perhaps as a result of their interactive user interface and mobile features like location services, camera etc.”[5]

According to the 2013 Horizon Report from Educause, “in higher education, it is now a bit of an anomaly for a university to be without its own branded tablet app” and “having an app in the iTunes and Android marketplace has become essential to the recruiting process, to better orient students to their surroundings, and alert them to campus opportunities.”[6]

It therefore goes without saying that having a mobile presence can be a valuable tool for recruitment, if anything else. Retention of current students is also another important factor to consider.

Developing a mobile presence means focusing on your audiences’ needs and interests. It’s important to consider both prospective and existing students, as well as other potential users that you may want to engage and attract. These could include parents of prospective students and alumni, for example. Each user is likely to have different expectations from a mobile app and a mobile strategy. We can take some of these users and explore their needs further.

Let’s take prospective students first. Sure, they’ll want to know what courses your institution has to offer, but they’ll also want to get a “feel” for what it’s like to be a student on your campus. Factors such as time and travel expenses mean that students are no longer able to visit several universities when it comes to making a decision about where to continue their studies. As such, features such as an interactive campus map, mobile tours, videos and photo albums will be invaluable to these users.

Indeed, an interactive campus tour can be a vital element in student recruitment. In the States, eCampus News projected a valuable potential return on investment (ROI) for interactive maps that include features such as 360-degree views, video and location descriptions. They estimated that a modest 1000 views every 30 days could equate to an interactive campus map being worth $60,000 per month.[8]

When it comes to current students, both a suitable mobile ‘strategy’ and ‘presence’ can help with retention. There are two elements of the equation here; the mobile presence (i.e. mobile app) can aid in making daily campus life as simple and efficient as possible. Students will want basic university information not dissimilar to the type of content expected from prospective students, but they’ll also want more transactional content and practical tools: access to the VLE (Virtual Learning Environment), grades, email and timetables, for example. A 2011 student survey by Harper College in Illinois, United States, revealed the top five most desired features of a mobile app as being “grades”, “my schedule”, “Blackboard”, “email” and “course schedule”[9]. Other requested features included maps, library book renewals and events. Clearly, these are all features which directly impact the daily life of a student.

In comparison, the aforementioned survey conducted by DfLD here at Teesside University found that the features most requested by students in a mobile application (see table below) were very similar to those at Harper, whilst students at The University of Northampton, UK, ranked timetables (88%), grades (80%) and module materials (90%) as some of their most important features of a mobile app.

It is therefore evident that students are requesting similar features when it comes to an institution mobile application.

The second element is considering how mobile technology is used within teaching and learning for current students. It is interesting to note, however, that there appears to have been a shift in how mobile technology is being used. Not so long ago, we were considering how mobiles could be integrated into classroom and lecture activities – think along the lines of using Twitter as an in-class discussion tool or using online response systems such as Poll Everywhere to quiz students and gauge understanding of the teaching material. As mobile technology has evolved, devices such as tablets have emerged, boasting large, high-resolution touchscreens which are ideal for sharing visually appealing content – as well as being highly portable. Consequently, we’re now considering how apps and software can be developed and used for tablet-based learning. This, of course, ties in with the notion that many students prefer to use apps over mobile optimised Web sites, as mentioned earlier in this post. “The portability of such devices and their ability to connect to the Internet almost anywhere makes them ideal for storing materials and harnessing the built-in tools to enhance productivity. “Tablets have gained traction in education because users can seamlessly load sets of apps and content of their choosing, making the tablet itself a portable personalized learning environment”[10].

Interestingly, “as tablets face imminent widespread adoption, higher education institutions are equipping students with the skills to develop content for them”[11].

In addition, campuses around the world are embracing the BYOD (Bring Your Own Device) movement, especially as students constantly add to their arsenal of devices. The DfLD survey at Teesside University discovered that, at the time of the survey, 97.9% (275 ) of respondents owned a smartphone, 98.2% (280) owned a laptop or netbook and 87.4% (166) owned a wireless tablet. These figures go against the notion of excluding people by embracing mobile devices and the BYOD idea in learning and teaching. It is evident that a huge percentage of students already have access to these technologies and using them could enhance their teaching and learning experience.

Of course, a modern campus should also have the infrastructure to support the BYOD movement, but it’s not always the case. WiFi signals often don’t reach all areas and teaching rooms don’t have the latest connectors to deal with equipment such as iPads. An infographic published by Open Colleges, an Australia based company, revealed that only 1 in 5 teachers feel their classrooms have the right technology. A mobile strategy therefore needs to build in measures to look at these issues.

Alumni, Parents And Others

Finally, we can’t forget our other user groups, such as alumni and parents. These are our ‘fringe’ users. They’re less likely to be impacted by direct use of mobile technology in teaching and learning (although tech-savvy parents may express an interest in how technology is being adopted at classroom level). An institutional mobile app should certainly cater for them though. Access to alumni portals, financial information and academic information could all be useful resources.

Being Mobile Means Being Flexible

The mobile world is constantly evolving at a rapid pace, so institutions need to have a flexible and intentional mobile strategy. An institution should be able to adapt and use different approaches based on specific needs of their users. This may require continuous tweaking and refining of elements in a mobile strategy, but by doing so, factors such as recruitment and retention of students could be improved, especially since “mobile offerings are quickly becoming a selling point for prospective students”[12].

Exactly how mobile technologies are implemented across campus and embedded within teaching and learning should also be considered. The key is being timely – the typical modern day student doesn’t want to be using old-hat technologies – they want to be using the mobile technologies that they’re familiar with. As a result, the transition to these devices and the learning curve for students is relatively painless since they already use them or very similar devices outside the classroom.

It’s clear that mobile is very much an emerging (yet constantly evolving) technology in education and the opportunity to embrace it is already there. Developing a suitable mobile strategy is without doubt an essential requirement in order to affirm how mobile technology is explored, adopted and exploited by an institution.

After all, as Tim Flood pointed out, when it comes to mobile, “we’re ultimately talking about an institution’s identity, its image, its perceived relevance – and perhaps its survival”[13].

The Importance of a Mobile Strategy in HE