This weekend has seen over 100 osteology nerds descend onto the unsuspecting city of Liverpool for the 3-day British Association for Biological Anthropology and Osteoarchaeology 2017 conference!

BABAO runs an annual conference in September which roams around the country, settling at host universities too slow to take a step back when volunteers are asked for. This year it was Liverpool John Moores‘ turn. No bad thing, as Liverpool is a lively, fun city to visit and steeped in history. I guess, though, that this is as good a time as any to make a deep confession; to say one of those opinions one holds that everyone else thinks is unacceptable. Here it is: I can’t stand the Beatles. I think they’re overrated. I will not take a sad song and make it better.

But I do love Liverpool. Like the best northern towns and cities it has reinvented itself countless times to keep relevant to the country, and has a strong sense of self. Anyway, BABAO… 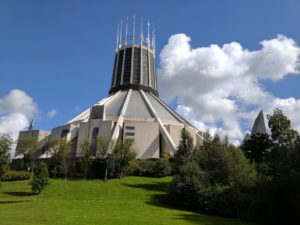 BABAO conferences always have a special place in my heart. It was at BABAO that I gave my first oral presentation at a UK conference. To use a technical term, I was bricking it. I was not always the show-off that I am now. But it’s such a supportive conference for early career academics and so encouraging to students (one of the biggest Profs in the field had a quiet word to me before I went on to calm my nerves) that it was a very positive experience for me. It was also during the organising of the BABAO conference in Sheffield that I first met my wife (I was doing my PhD there while she was a post-doc). In retrospect, she’d have probably been less flirty across the committee table had she known how it’d end up… It was also a BABAO conference that gave me a boost when I was feeling down, and struggling to find a way to make my career work. I was in a rut, and it was the papers at the BABAO at Reading that gave me the inspiration to do what needed to be done. And that led to where I am now. I should just note, just in case my wife is reading this, that the above list is in chronological order. Not by importance…

There’s often a lot of focus on giving papers at conferences, and that’s important, but so are the personal connections you make at these events. That’s not to take away from the quality of the work being presented. I’ve learnt a great deal at BABAO conferences, and enjoyed hearing about the vast range of work being undertaken in the many branches of biological anthropology. Amongst other things, this time, we’ve learned about: 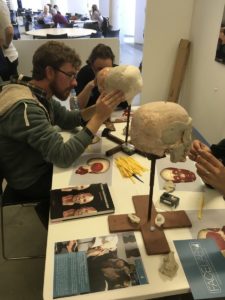 As the years have gone on, the conferences have gotten better. Just this Friday I was talking about the increasingly diverse academics and contexts of study on the stage. It’s refreshing to see. BABAO has worked hard to be more representative of those in this broad field, and these efforts are paying off. Much attention has been paid by BABAO to the issue of ethics recently, particularly with regard the digital scanning and modeling of human remains. There are new guidelines in the works, and older publications are being updated too. As it happens, there was a talk on ethical considerations this time, but somewhat frustratingly didn’t really tackle the big questions – it really just pointed out what we are already aware of, and without making all of this about me (#fail), offered less than that very first podium presentation of mine I mentioned earlier, which just so happened to be on the legal and ethical issues of using human skeletons for research. We mustn’t be afraid to get stuck into these issues and to engage with the wider public on this too, since we are working on our collective cultural and material heritage. As an example of this approach, you can see the results of Sian Smith’s survey in her BABAO poster. 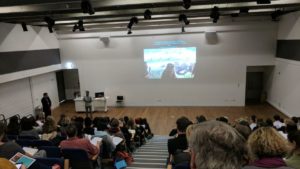 BABAO is also the only time I get to catch up with some of my friends and colleagues. I’ve been going for about as long as my academic career and almost imperceptibly have gone from being the nervous student presenter to the professor offering calming, supportive words.

Anyway, just two more BABAO conferences until the big one – BABAO2020 at Teesside. I can’t wait. We better get those parmos ready…