The biggest event this week is not the start of Season 7 of Game of Thrones, it’s not the discussion of the new Avengers Infinity War teaser, it’s not even the announcement of a female Doctor Who (which, by the way, has generated a staggering amount of whining). No, the biggest, most hotly anticipated event this week is graduation!

As I’ve said before, graduation is my favourite part of the academic cycle. It’s a moment of celebration and pride and a chance to reflect upon success and share this with friends and families. There’s a lot of discussion about why students come to university, and the importance of being employment-ready and the like, but when it boils down to it, most students want this day – to be able to walk across the stage, shake hands with the VC, and get that hard-earned certificate. I’m lucky enough to be able to sit up on the stage and from there I can see them come down the aisle and wait by the side of the stage. There in their little faces you can see excitement, nervousness, happiness, mild terror, and the best one, pride.

We also ask one student from each ceremony to give the valedictory address. In our first event of the week the student gave a wonderful, personal account of his time at university. He was clearly nervous, but that’s totally understandable in these events and of course everybody wants the speaker to do well. Fighting through those nerves, his key point was that he had repeatedly been told that he was not intelligent enough for university and that he’d fail if he went. It was such a heart-felt speech and from my ever-so-slightly-lofty vantage I could see people getting teary. It was all a bit:

Still, his first class honours in his MEng degree is as good a F.U. as you can get, frankly, and it highlights the importance of universities in raising aspirations and providing opportunities. If you come from a family or school where lots of people go off to university it’s hard to imagine that this option wouldn’t cross everyone’s mind. But it doesn’t – not unless someone goes out and tells you to your face. This is something that we’re really good at here, and is something that I’m much more aware of now that I’ve worked with our wonderful and diverse student body over these ten years. I don’t know why it took me so long to be properly aware of the obstacles to accessing higher education – no-one expected me to do the things that I’ve achieved either. But because I was able to get to university I was able to access so many more options than I’d had before. 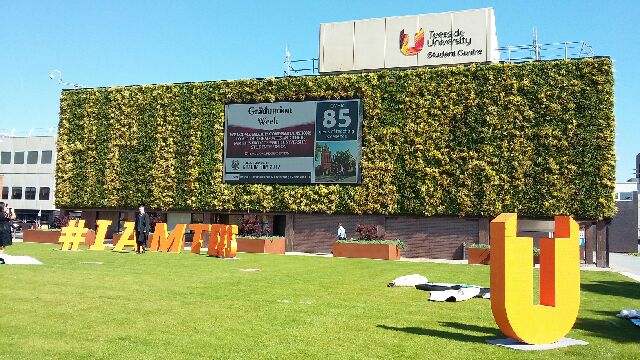 So congratulations to all of our graduates. The degrees are thoroughly deserved. To be honest though, the main thing running through my head as I sit on the stage, happily clapping with pride and satisfaction, is how on earth do so many get across from one side to the other in those insane heels… 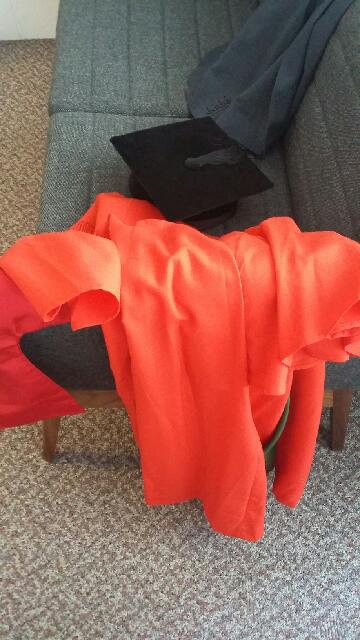