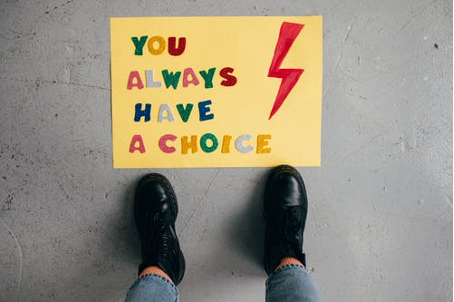 The following study was completed as a final year project in partial fulfilment of the BSc Psychology Course at Teesside University.

Abortion laws are being reviewed and reformed across the globe, so, unsurprisingly abortion is a social issue which sparks debates worldwide. Recently, this has been the case for the proposed Alabama abortion reformation, which would not allow abortion to legally take place even in circumstances such as rape. This blog post describes a recent undergraduate psychology dissertation research that used discourse analysis on Facebook discussions about the Alabama abortion law change. The findings revealed a complex range of views on the proposed reformation.

In 2019, both Northern Ireland and New Zealand introduced new legislation that legalised and decriminalised abortion. In contrast, in May 2019, a bill that prohibits almost all abortions in Alabama, the United States, was passed into legislation (Guardian, 2019). Previously in Alabama, abortion would have been allowed up until the 20th week of pregnancy, and abortions after 20 weeks could only take place where there was a severe health risk to the mother or foetus. Under the new law, abortion is banned and may now only take place in circumstances where there is a life-threatening risk to the mother or foetus as confirmed by two physicians (Dyer, 2019). Abortion is also not permitted in cases of rape or incest, which the old Alabama state law would allow.

The new legislative restrictions are similar to the framework used in Latin-American countries such as Columbia, (known as the health exception), where abortion is only allowed when the mothers’ health is at risk. However, this framework can be somewhat of a grey area. Some healthcare professionals argue that deterioration in a mothers’ mental health due to an unwanted pregnancy should also be considered as a significant health risk (González Vélez, 2012; Leask, 2015), while others may not accept this as grounds for a serious health risk. Reasons for abortion due to the risk to psychological wellbeing include change in life plans caused by unwanted pregnancy and cases of rape (ibid, 2015).

The new bill introduced by Alabama amplified abortion discourse, triggered a large social media response, particularly on social media platforms like Facebook.  My study aimed to build upon previous discursive research on peoples’ attitudes towards abortion law reform in other countries such as Northern Ireland by exploring how people discuss the Alabama abortion law change on social media.

As previous research found political debates on abortion in Northern Ireland to be framed as a human rights issue, either to the mother or on the foetus (Pierson & Bloomer 2017). Given that discursive research is useful for exploring social problems in order to gain a more in-depth understanding (Van Dijk, 1993), the present research used discursive analysis to explore how the Alabama abortion law reform was discussed on Facebook .

The raw data for our research were comments on Facebook news pages discussing the Alabama abortion legislation. Social media is not just a platform for inflammatory language but can be used to challenge such discourse and make a call for change. The data analysis used Goodman’s (2017) steps as guidance for conducting a discursive psychological analysis. We followed this guidance to understand the language used in the debates (i.e., comments) and how the abortion law was both opposed and supported by Facebook users, rather than trying to access what people ‘really think’ about abortion. 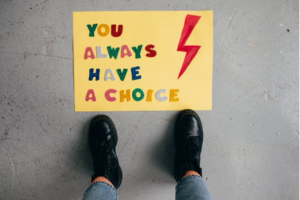 Common arguments found within the Facebook comments surrounded the aspect of choice. Pro-life arguments emphasised that women should have the right to choose abortion and constructed women who have abortions as reckless because they have the choice to avoid becoming pregnant (for example, by remaining abstinent or taking contraception). Both pro-life and pro-choice Facebook users used the pronoun “we” to speak to all women, thus also taking accountability to ‘choose’ not to become pregnant and this enhanced their arguments regarding the new bill. Comments used humanising terms such as” baby” and “infanticide” to evoke an emotional response from the opposition and emphasise the cruelty of abortion.

Economic cost was a cause for concern among Facebook users and extreme case formulations were used to identify the large cost of the law reform (Pomerantz, 1986). People stated that the money spent on the legislative changes was a waste and could have been put towards more useful causes such as tourism. Comments related this to the cost of supporting unwanted pregnancies and the large increase to the cost of social care, constructing abortion as the” kinder option”.

Many comments expressed their disagreement with the lack of exceptions for rape victims, with particular concern for child victims. Facebook users used maximisation tactics, for example presenting abortion as a” death sentence” that fails to protect vulnerable women, and, in this case, the women do not choose to become pregnant. Facebook users emphasised the suffering that women may endure from being forced to carry their rapist’s child. Facebook users argued for opponents of the legislation to imagine themselves in hypothetical scenarios and to consider the situation deeply.

Pro-choice Facebook users in our research framed abortion as a human rights issue. It was discussed that women should have the right to decide to have abortion, and that the new legislation is an attack on women’s rights. Arguments were also made that abortion is a form of healthcare, and healthcare is a basic human right. Category entitlement was used as a discursive strategy, identifying that the government should not be making decisions regarding abortion as they are not medical experts. It was argued that doctors should be the only ones making such decisions.

Overall, I found that discourse surrounding choice of the foetus, and the woman’s right to choose, were pertinent arguments in the abortion debate. It also appears to be a common viewpoint of pro-choice activists that abortion should be available to victims of rape (Leask, 2015), and that abortion is a human right (Pierson & Bloomer, 2017). There is previous research to support the finding that pro-life activists portray abortion as murder (Duerksen & Lawson, 2018). In contrast to the findings of this project where the economic costs of abortion were deliberated, previous research has found that discourse on the cost of abortion is focused on the personal expenses of abortion rather than government spending.

At present, the abortion ban in Alabama has been temporarily blocked by a federal judge (BBC News, 2019). However, with Texas now proposing an abortion law for as early as six weeks, before many women even know they are pregnant (The Guardian, 2021), this is a social issue of ongoing interest for psychological research. The use of naturalistic data allowed us to see peoples’ authentic, real-time reactions to the abortion law, with both sides of the argument advocating this as being a ‘human’ rights issue. A quantitative approach could explore the relationship between political and religious views and attitudes towards abortion laws, but a discursive approach has allowed us to see the complexity and delicacy within which this debate unfolds. This complexity is important for a legislation that enforces a clearly difficult and contentious decision which can only be made by two health professionals.

Goodman, S. (2017). How to conduct a psychological discourse analysis’ Critical Approaches to. Discourse Analysis Across Disciplines (Vol. 9). Retrieved from http://www.lancaster.ac.uk/fass/journals/cadaad/volume-9www.cadaadjournal.com