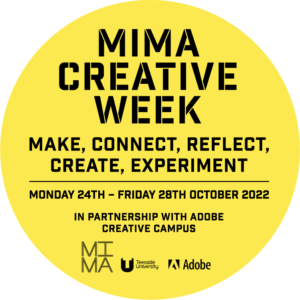 MIMA Creative Week is firmly set in the calendar for students in the School of Arts & Creative Industries – here’s what’s happening! 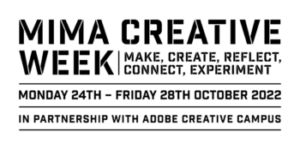 The week commencing Monday 24th October 2022 sees the start of our first of two MIMA Creative Weeks of this academic year, a week when we celebrate the diversity of creative subjects. MIMA Creative Week has been developed in response to student feedback, telling us that they wanted more time to develop their creative skills, the opportunity to explore the school’s wide range of facilities, take some time out to focus on their wellbeing and seek out new opportunities.

For this MIMA Creative Week we’ve put together an exciting timetable of activities, workshops, sessions and trips developed by academic and technical staff. Students and staff have access to a dedicated site which includes the timetable and a range of on demand content. Most workshops and sessions require booking, so students need to be quick off the mark to reserve their place!

The schedule includes a range of school workshops, both online and in our studios around the campus, including: 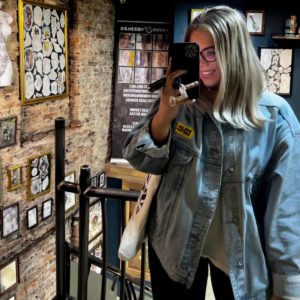 Art & Design workshops throughout the week include: 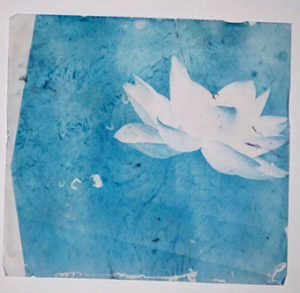 Media workshops throughout the week include: 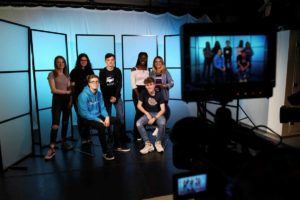 Students wanting to know details of where to book sessions, check for an email and blackboard announcement titled MIMA Creative Week advising of the schedule, or contact saci-school@tees.ac.uk for a schedule to be sent to you. 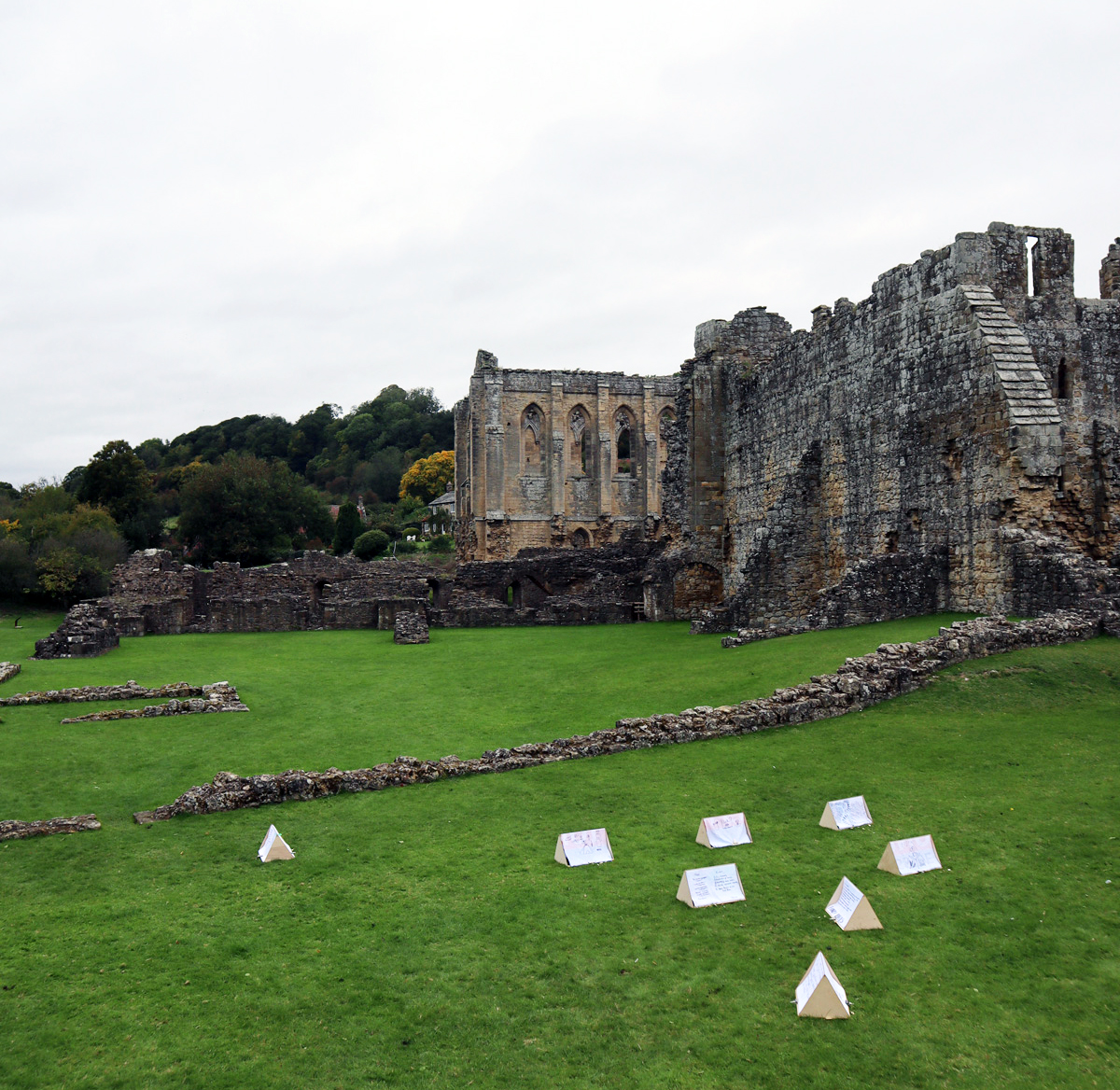 Rievaulx Abbey in North Yorkshire, an English Heritage site and home of the ruins of one of England’s most powerful Cistercian monasteries, was the venue for a recent Future Communities Journey for Teesside University students.

Students from the school of Arts & Creative Industries spent the day at Rievaulx Abby in North Yorkshire as part of a Global Future Contexts module, culminating in the installation of a temporary artwork on site. The installation comprised students developing constitutions which were displayed on forms designed to represent shelter and community. The forms echoed both simple ‘tents’ and the rooflines of the Abbey which were lost during the dissolution of the monasteries.

Students were encouraged to work in new surroundings and contexts whilst undertaking primary research and the history of the Abbey provided a lens with which to identify and explore contexts relating to community and social organisation.

A comprehensive briefing was provided for the day, explaining that the Journey was to explore contexts relating to time, community, politics, economics, resources and identity. The module theme of People & People was to be discussed through a temporary installation built by the students on site at Rievaulx Abbey. Students were able to consider the history of the site, drawing links with contemporary times in order to present a speculative vision for a future community.

The briefing went on to give context to the surroundings:

As artists and designers we often create forms of visual and material culture that relate to specific people, times and places. This Journey takes place amongst the ruins of Rievaulx Abbey, a Cistercian monastery built next to the river Rye. Founded in 1131, the monastery grew into ‘one of the most powerful and spiritually renowned centres of monasticism in Britain.’ Changing political contexts led to the monastery being violently suppressed and dismantled by order of King Henry VIII in 1538. Now the ruins are a recognised national historic monument cared for by English Heritage.

Students were encouraged to consider historical and contemporary social and environmental contexts including:

Working in groups and using their findings from research at Rievaulx and their own prior knowledge, students created the constitution and material culture (artefacts) of a local future community. The constitution was presented in the form of a shelter that was erected alongside the constitutions of other communities. Each shelter displayed:
1. A written constitution outlining community resources, social organisation and ways of being.
2. Symbolism and ideologies expressed as selected artefact(s). (i.e. tools, garments or graphics)

Groups were also asked to provide information on social organisation, rules and laws, resources, production and trade, transport and forms of energy use for their community. Once shelters were erected they were then asked to vote for the community they wanted to live in and the best thinking and presentation of idea

Each constitution was drawn onto fabric and suspended in a frame provided.

Staff and visitors alike enjoyed the work created by the students. The linking of the rise and fall of the community of monks with students then setting up their own community constitutions and displaying them as tents gave an interesting visual display as well as plenty of food for thought for us all.

English Heritage representatives were really enthused by the unique approach to the site which started with an excellent contextual introduction to the Abbey tailored to the aims of the workshop by site guide Dr Greg Hoyland.

The Global Future Contexts module is studied in the second year of a 3-year Arts degree and supports students in investigating a range of contemporary social, environmental, technological and ethical issues to inform all types of art and design practice. Students broaden their understanding of creativity as a practice-based form of contemporary social discourse and explore a variety of issues through the development, production and presentation of potential future scenarios.

The module is taught on the following degree programmes: