Homeostasis is the process of maintaining a consistent internal environment. The process is necessary for everyday life processes that take place inside cells.

Thermoregulation regulates body temperature, which is a significant part of homeostasis. Snakes have no such internal systems, so their bodies are at the same temperature as the surrounding air. Therefore, ectothermic animals must rely on their external environment to maintain homeostasis through their body structures and reptile behaviour to regulate their metabolic functions. Snakes can maintain their temperature by basking in the sun for heat and finding cooler holes or caves to cool off.

Snakes are most active during the day, using the sun’s rays to warm their bodies as they hunt for food or bask in the sunlight. Basking is when snakes and other cold-blooded animals soak up the sun’s warmth by spreading out on a rock or other heat-absorbing surface, they spread their bodies perpendicular to the sun. In many cases, the snake will also spread its rib cage to make its body wider and able to soak up more heat. Some snakes can also make their skin slightly darker to absorb more heat from the sun. Unlike warm-blooded animals, snakes and other cold-blooded animals’ digestive systems work more efficiently during hot weather; thus, they eat more and move more quickly. They will also hide in shady spots or burrow underground during the hottest part of the day to avoid overheating.

Snakes tend to be sluggish in cold weather as their metabolisms and muscles slow down. Ectothermic animals do not get energy from caloric intakes like warm-blooded animals or endotherms. This gives ectotherms the survival advantage of going longer without meals. Snakes usually spend cold weather months underground in a state of hibernation, during which their metabolism becomes very slow, allowing them to sleep for weeks without food. Many snakes, including some rattlesnakes and garter snakes, are almost inanimate at times and huddle in large groups when the temperature drops. 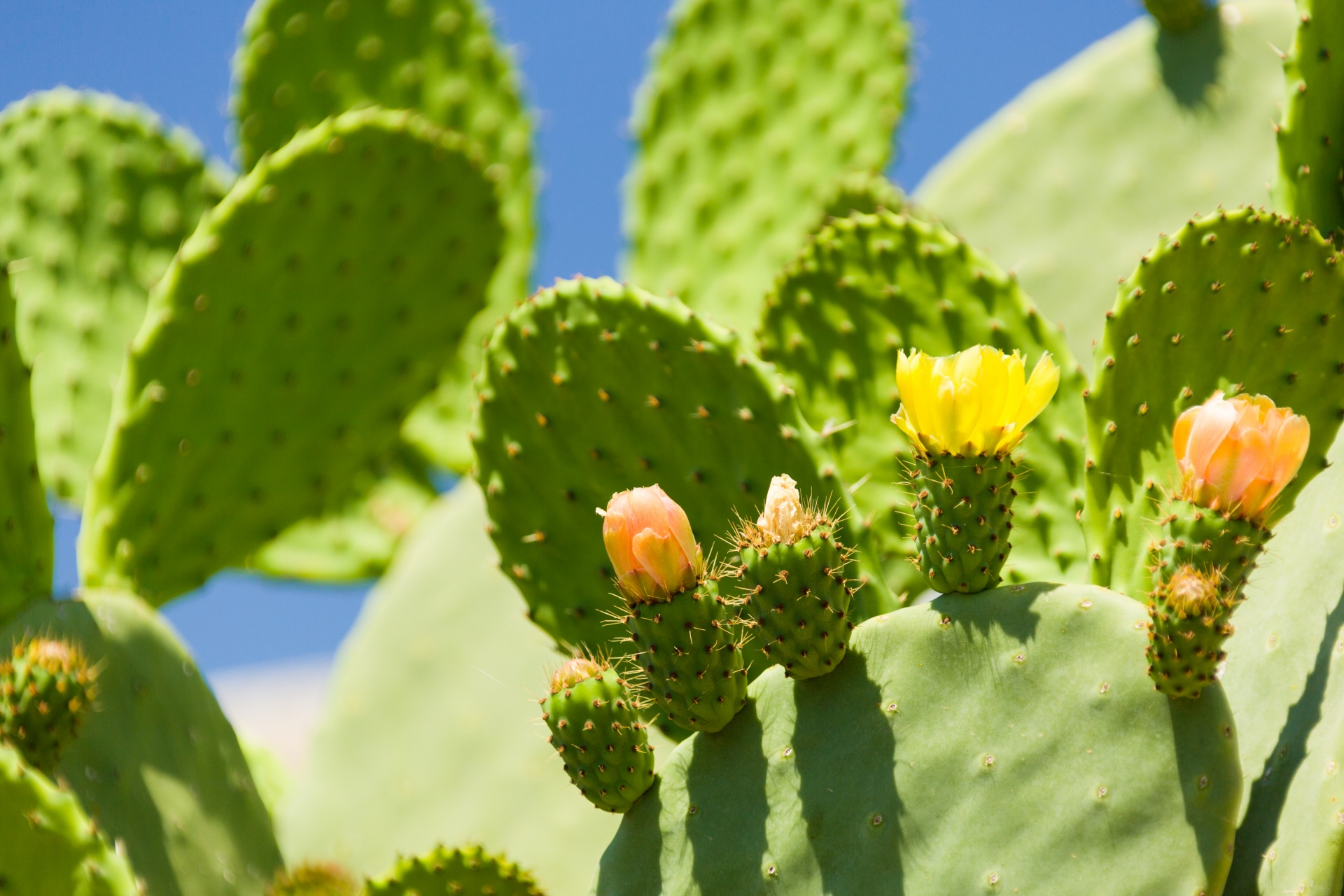 Cactuses are heavily adapted to the desert and can carry out many functions, such as “low metabolic rate, heat tolerance and the ability to maintain homeostasis during extreme dehydration.

Cacti do not have laves, which allows for significantly less water to be lost by transpiration due to the reduced surface area. The cactus can also prevent drying out during periods of drought due to this adaption, as the thin spikes have extra water storage and allow for efficient photosynthetic processes without losing water minerals and ions.

Cactuses can reproduce both sexually and a- sexually. When reproducing sexually, the cactus produces small flowers. When the flower blooms, the bees and other insects pollinate it. After the flowers are pollinated, the fruit of the cactus develops and dries out; it splits open to release seeds.

Cacti are efficient at renal absorption and must adapt to the harsh environment of the desert. This prevents water being lost by transpiration. Cacti can also store large amounts of water during a short period of time which allows photosynthesis to occur during periods of drought. During the night the stomata opens which helps conserve water during photosynthetic processes.