In this blog, I will be showing my development process for the ICA vertical slice with the theme of “Castlevania”

To start with I mainly spent time researching the Castlevania series, as the only main contact with it I had before this module started was the Netflix animated series. 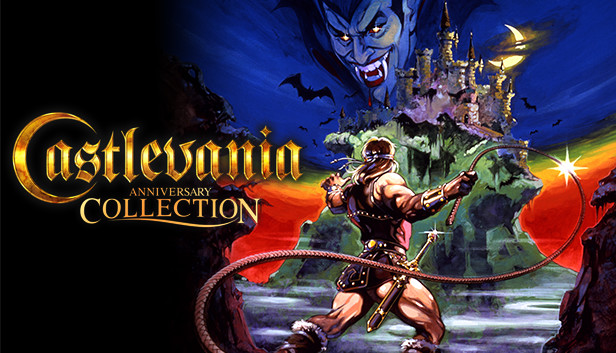 Next, I purchased a steam Castlevania collection that a member of my group showed me and played through the first two games while noting down the gameplay mechanics and themes which I enjoyed the most, this along with watch gameplay videos of both the older 2D platformer/action style of Castlevania games and the newer, 3D combo-focused action-adventure games, lead to a further understanding of what mechanics and features allowed these games to shine in their way. With the newer games seeming like a critical failure, I wanted to find how a game of this style could work, and which sections of it work extremely well, thankfully I already had experience with many games similar to “Castlevania Lords of Shadow” and its sequels, these being the devil may cry series and original god of war series, of which I have played many titles.
this understanding helped me realise that making this type of game would be incredibly difficult, as there are a large number of animations for the main character, meaning a combo-focused game would most likely be a poor choice of game style, however a benefit of playing many of these games was that a choice of mechanic to implement into our game would be a break of action after for example, clearing a room of enemies, to complete a puzzle or platforming section, to keep the game feeling fresh and not bore the player with endless fighting.

in this time I also started working on some skills in Unreal Engine as it had been multiple years since my last usage of it, as since then I have been using Unity both in and outside of the university, and as I was to focus on scripting, I started to go through research on basic scripting within Unreal, as my fellow code team leader and I had not set tasks for which each member was to complete yet.
In week two we had a team meeting in which we decided as a team to have a 3D platformer with each large room holding waves of enemies, ending with a boss fight in the final room. within this map would hold secret rooms holding health potions, skills and other boons to the player. While also having a platforming aspect to reach these secret rooms. After this meeting, we had a team leader meeting in which we decided what each member in the coding team would be focused on researching and testing mechanics for in the following week, as we did not yet have a level or map as no team had started work until now, we set our team members to focus on testing simple mechanics and further research.