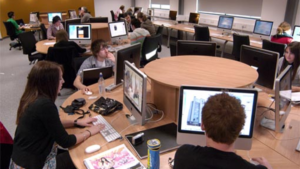 Paul Bailey, Course Leader for Journalism awards in the School of Arts & Creative Industries, discusses the role of journalism in times of conflict

“Truth,” it has been said, “is the first casualty of war.” When hostilities break out the one object of each belligerent nation is victory. “All is fair in war,” and to secure and maintain national unity in support of the war every means are taken by the respective governments to suppress criticism.

Little did we all think that in 2022 we would be witnessing the horrors now unfolding in the Ukraine. We have seen the images of war on our television screens, the bombed out buildings and the streams of thousands of refugees fleeing to safety. But what is the truth? How authentic are the things we are seeing and hearing? What is false and what is not?

It’s been reported that Russia has closed down social media sites like Facebook; Instagram and Twitter to stop the flow of information. Russian state media journalists have also been told to tow the party line, to obey authority so as not to cause trouble, or face severe punishment. George Orwell’s statement that “Journalism is printing what someone else does not want published; everything else is public relations” has never seemed so apt.

Honest truthful journalism is the backbone of any country that wants to give a voice to its population. In peacetime it can hold Government to account – How did we know Boris Johnson allegedly attended some parties during the Covid lockdown? Would we have found out without journalists asking questions?

In wartime we rely on honest truthful journalists to tell us what is happening on the frontline. It does not go without its dangers. Already we have seen US journalist and filmmaker Brent Renaud killed in Ukraine as he reported on the conflict.

Here in the UK we have a tradition of having journalists that are professionally trained and understand that ethical unbiased reporting is what is important.  Anyone can go on social media and comment about the war in Ukraine but comment is not reporting.

That is why in times of crisis we can turn to the BBC; Sky; ITN and watch television reports and listen to radio broadcasts we know have been produced by professionally trained ethically unbiased reporters. We can read accounts of the Ukraine war in national newspapers because we have confidence in the journalists bringing those stories to us.

That confidence comes because of the training those journalists have received. If you think you have what it takes to become a professionally trained ethically sound and unbiased journalist then click on the links below. 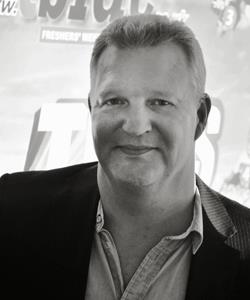