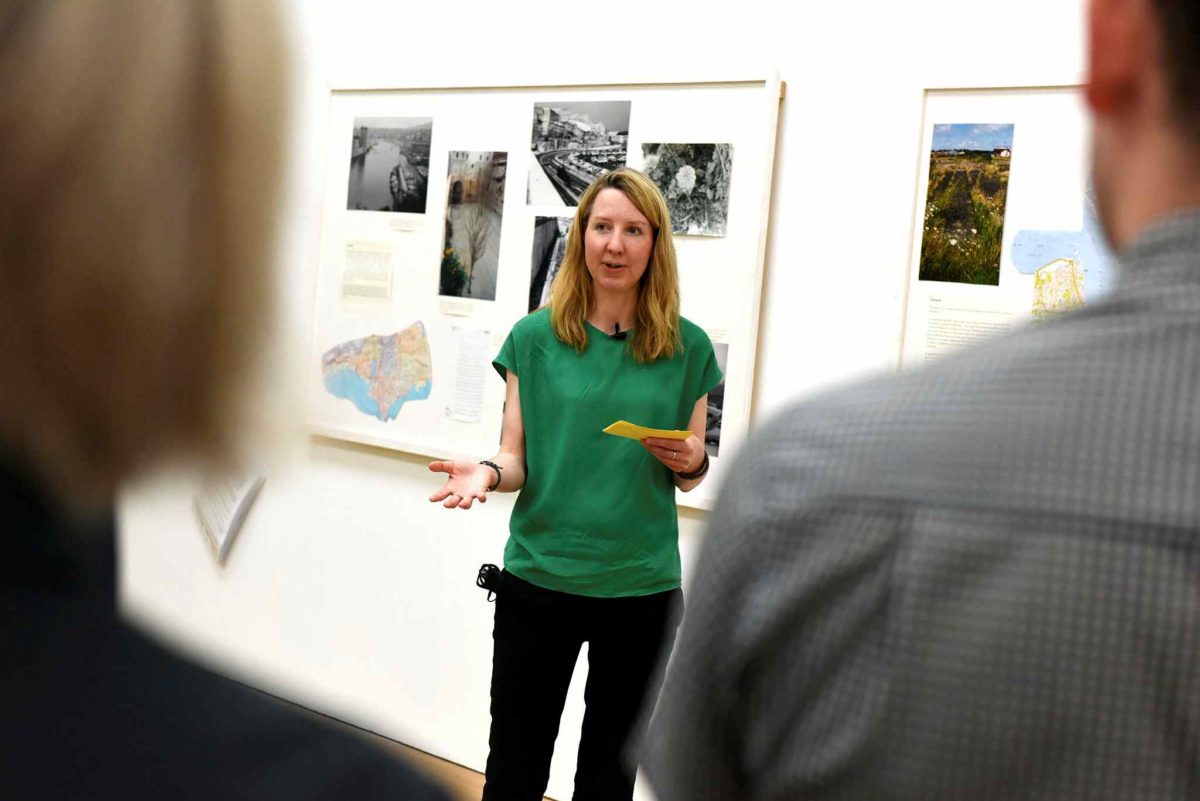 Straight from latest issue of the  School of Arts & Creative Industries Magazine , we’re sharing extracts from an interview with MIMA’s exhibitions and collection curator, Helen Welford, who tells us a little bit about her job.

Helen studied BA (Hons) Fine Art in Manchester. Following graduation she moved back to the region and set up a studio. Keen to further her learning she undertook an MA Art Museum and Gallery Studies and began curating at Newcastle University, as well as getting involved with Saltburn Artists Projects. Helen’s role at MIMA has changed over the years. Beginning as a gallery assistant, she moved up through the ranks from assistant curator to exhibitions and collections curator

“My favourite thing about being a curator is working with artists to develop ideas for shows. I love working on commissions and helping artists develop new work. My job is incredibly varied and every day is different. From studio visits to planning an exhibition to designing the gallery’s look and feel, it can be very creative.” 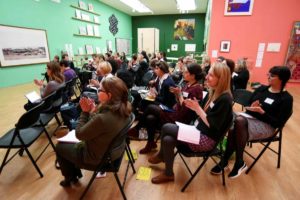 The School of Arts & Creative Industries at Teesside University offers an MA Curating as well as a Degree Apprenticeship in Curating, which awards an MA Curating along with the apprenticeship qualification. The degree apprenticeship offers an excellent opportunity for individuals in a curating role to gain a masters level qualification in their specialism whilst discovering the benefits of networking with other like-minded curators, studying part-time in our international art gallery and museum MIMA (Middlesbrough Institute of Modern Art), whilst still working and earning. 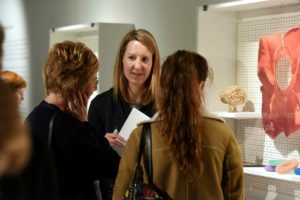 Helen’s advise for anyone considering a career in curating – “I recommend that you see as much art as possible. Read magazines and websites and soak it all up. Go to as much locally as you can but also try and go further afield. Art online has really advanced during the pandemic and it can be a great place to come across new artists. Go to openings and meet people. Ask for support and mentoring, people are happy to help. Middlesbrough is a great place to be in the art world and make things happen.”

Find out more about our Curating Degree Apprenticeship (MA) 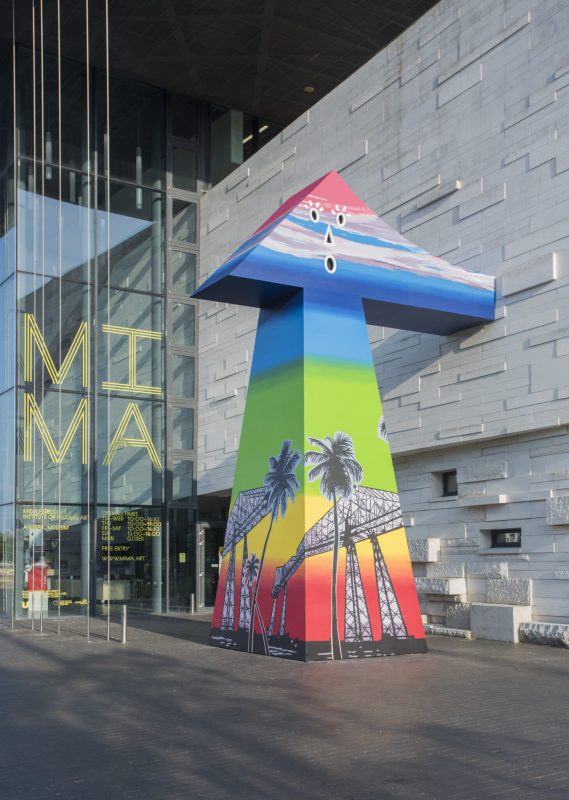 At the ripe old age of 35, I decided it was about time I got the degree I had been promising myself since I was 18, so I studied Media and Communications BA (Hons) degree at the School of Arts & Creative Industries.  I have always been interested in the media and the arts and after graduating I was given a really exciting opportunity to work at MIMA gallery as an intern for 3 months. I have learned a huge amount in that three months.

My role focusses on supporting the communications manager with activities both in MIMA gallery and with the School of Arts & Creative Industries.  As well as being passionate about media in of all its various forms I am an appreciator of the arts, so I feel incredibly lucky to be working in such a fantastic environment, surrounded by such creativity.

I’ve always enjoyed art. I love the way that everyone interprets works in their own individual way, and also how a piece of art can evoke such strong emotions.  I’ve really enjoyed learning about how a gallery is run and I have been working on social media plans, public relations and have been contacting the media, both local and national about events and activities going on at MIMA Gallery.

I have also been witness to the flurry of excitement and activity that goes on just before a big exhibition opening. Chemical City opened on 25th November, and in the days and weeks beforehand, MIMA was a hive of activity. This culminated in an opening night event, which I had the privilege of not only attending, but also helped at the event. Seeing the gallery change from one exhibition, to an empty space and then filled with a whole new show was fascinating. I really had no idea how much work went into staging an exhibition and that the planning takes place a year or two beforehand, there’s a lot involved in putting on an exhibition – as I have learned! I was also privileged to have a sneak peak of the exhibition with a guided tour from Helen Welford, curator at MIMA, before it was opened to the public. 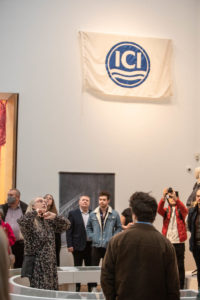 Ive also been really surprised to see how involved with the community MIMA is. From schools to elders, MIMA is at the heart of Middlesbrough. The recently launched Saturday Club, for 13-16 year olds has been a roaring success and I’ve seen some of the amazing work that they have produced.

I will be sad to leave MIMA when my internship is at its end, but I will be eternally grateful to the team for allowing me to join them and learn so much about what they do, as well as utilising the skills I learned during my degree. Anyone who is thinking about a creative career path, I would 100% recommend experience in an arts and culture environment.