Abstract: There is an increasing interest in recording early colonisation of organisms when studying changes in distribution ranges induced by climate change. Here, I describe one population of Mentha cervina L. (Hart’s pennyroyal), naturalising in the wild at South Gare, v.c.62 North-east Yorkshire. Two other populations have been reported in Britain and none are known from Ireland. Of the three populations ever reported from the wild in Britain, two are still extant. It is unclear what vectors disperse M. cervina in Britain and whether the species is becoming increasingly naturalised or not. Diagnostic characters: digitate bracteoles and four calyx teeth, are provided to facilitate the recording of this mint species by field botanists.

I collected this intriguing little Galium with minute cream / pale yellow petals while in Cardiff, Wales, UK, last week for a conference not directly related to field botany. As it was my first time in Cardiff I got up early and went for a random walk – and my eyes got stuck with this miniature plant, growing between pavement cracks at ST19167594.

I first thought of Herniaria glabra – which would have been a surprise –, then looking closer, it reminded me of Sherardia arvensis, yet the pale yellow creamy tiny petals ruled this taxon out. When I got round to look at the specimen collected more closely from the comfort of my home lab, it did not key out well in Stace (2010). Could it be something ‘new’?

As I knew I would not have an opportunity to visit an herbarium in the coming weeks or months, I resorted to the online account of Galium from Flora Iberica (Ortega Olivencia and Devesa, 2007). The specimen collected matches very well Galium murale and no other taxa from Spain or Portugal. However, the plant found in Cardiff could be originally from another region of the World than the Iberic peninsula, so there remains a certain degree of uncertainty regarding its taxonomic identity.

Going back to Stace (2010), a more thorough inspection revealed that G. murale is mentioned as an additional species, but not included in the key. He also suggests that it may be spreading – which might prove right.

A quick internet search suggests that Galium murale has been reported to Britain and Ireland several times in the past, including as a wool alien in the past. In recent years, there is a 2008 report of a large colony in Sussex in a previous issue of the BSBI News (Nicolle, 2008). Looking at the BSBI distributions maps online there are six recent sightings in southern England, Wales and Ireland (excluding the Sussex population – 02/05/2017).

How to spot Galium murale? It looks a bit like Sherardia arvensis, or Galium aparine that shrank dramatically. However, there are important general differences: the general size (G. murale is a very small plant – see picture with one penny coin for scales), the size and colour of the four petals (cream) and the number of leaves by whorl (four). Important finer characters for identification against other Galium: forward pointing bristles on the leaves, cylindric ovary/fruit only partly covered by bristles.

In Stace (2010), it keys out as Galium boreale because of the whorls of 4 leaves but this was obviously not a good match with my plant. Ignoring this and going onto couplet 3, leads one to Galium spurium, however, the description and the size of this species did not match my plant.

Happy hunting everyone – a lovely little plant to be looking for in warmer part of Britain and Ireland. Best time of the year would be early spring/spring time.

When I saw the roads signs for West Malling last week I knew I had to make a small detour and look for the largest known population of Chaenorhinum origanifolium in Britain and Ireland. I first encountered this rare alien plant on a wall in Oxford – see my new-to records page. It did not take long to locate the West Malling population on Swan Street (TQ682577). There is a very large number of mature plants, that were in full bloom, and a large number of seedlings: 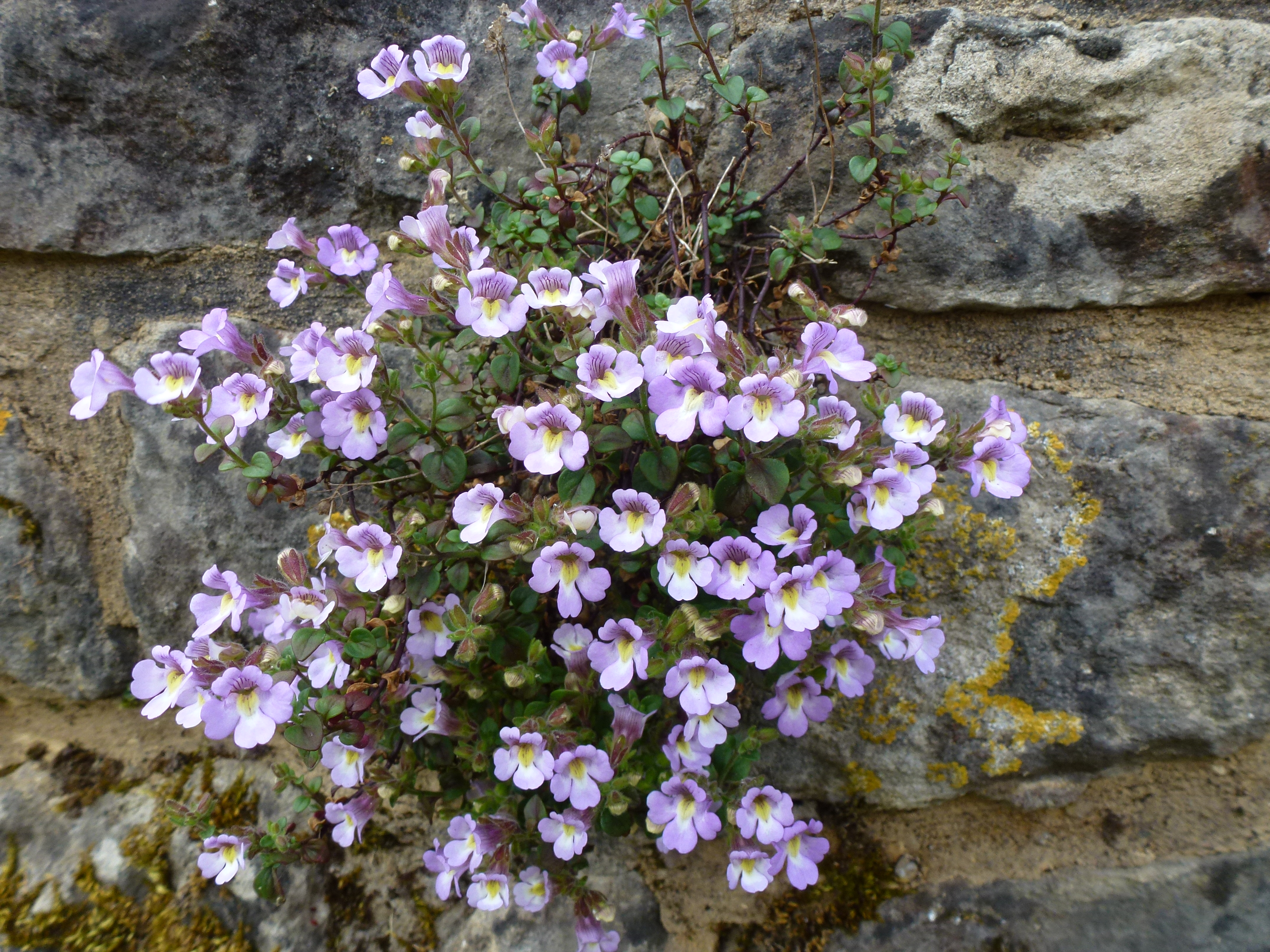 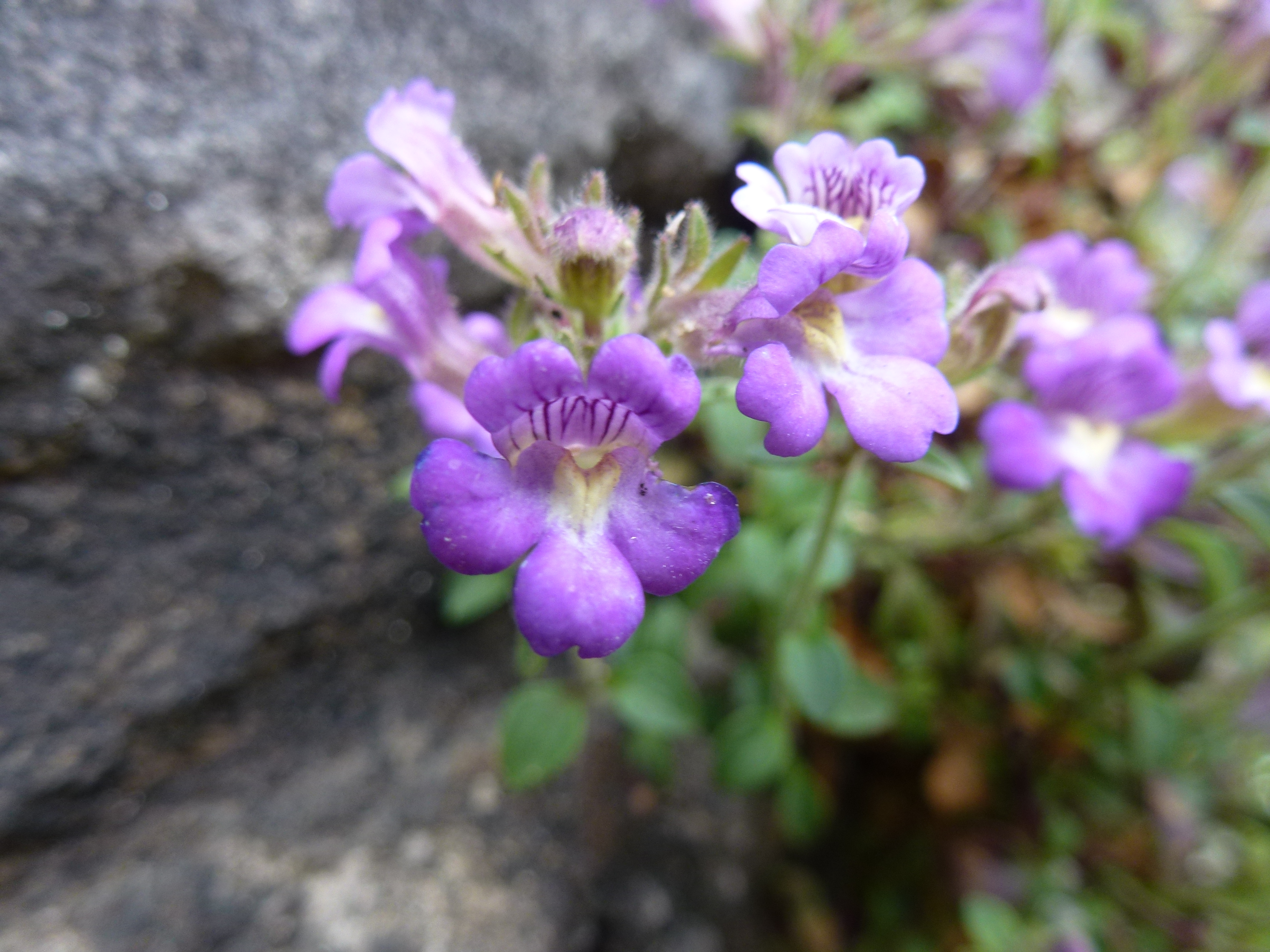 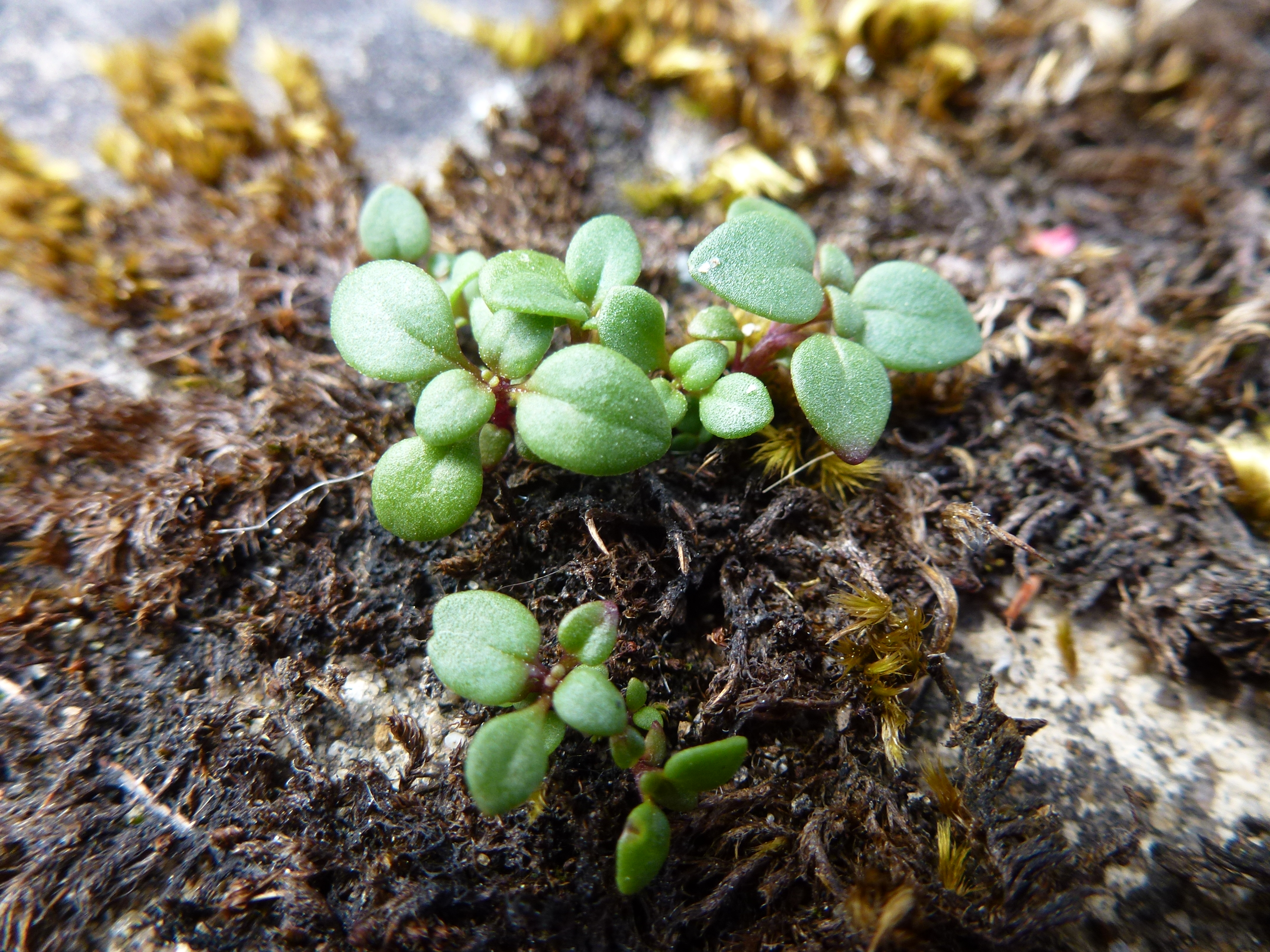 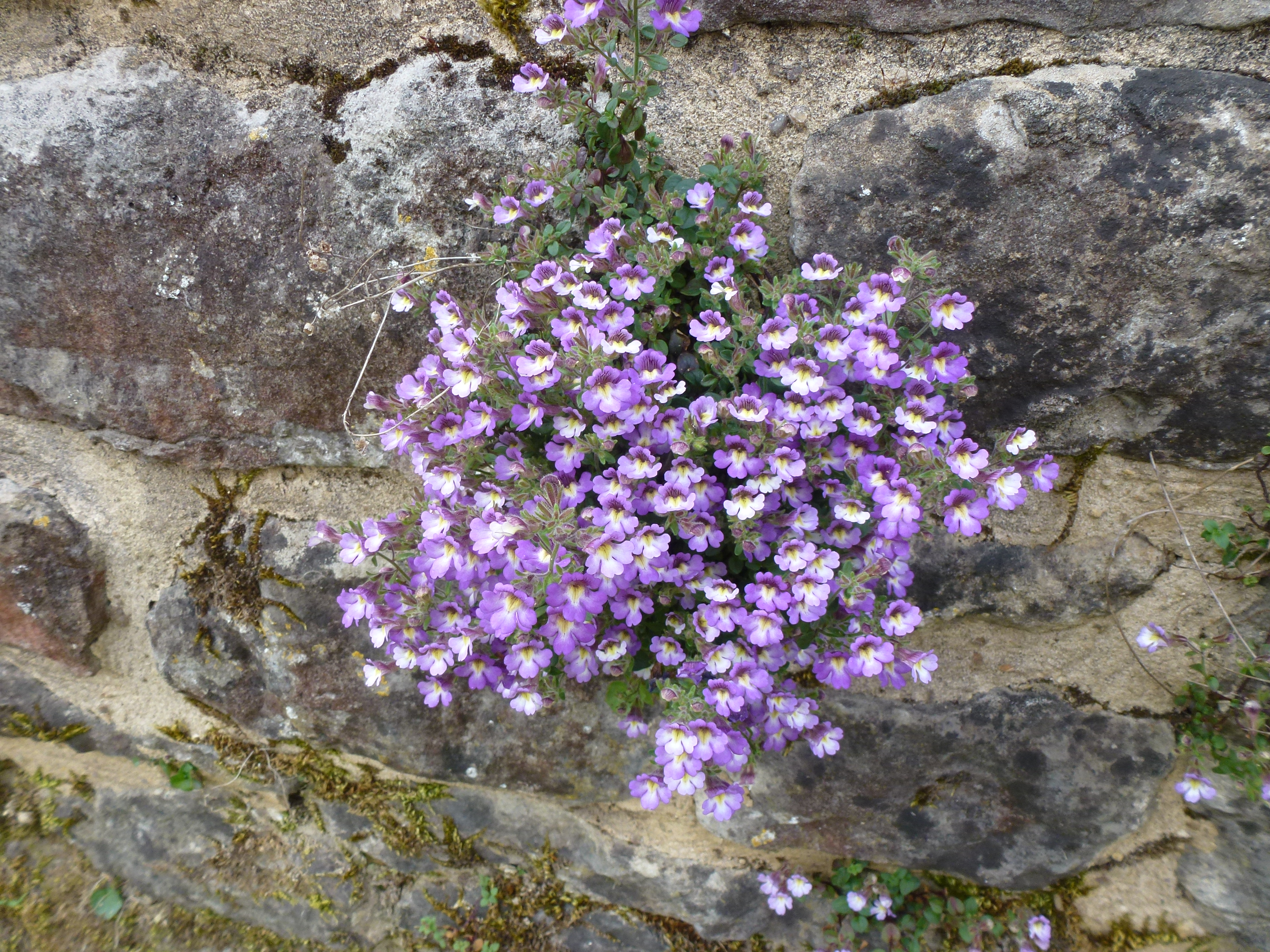 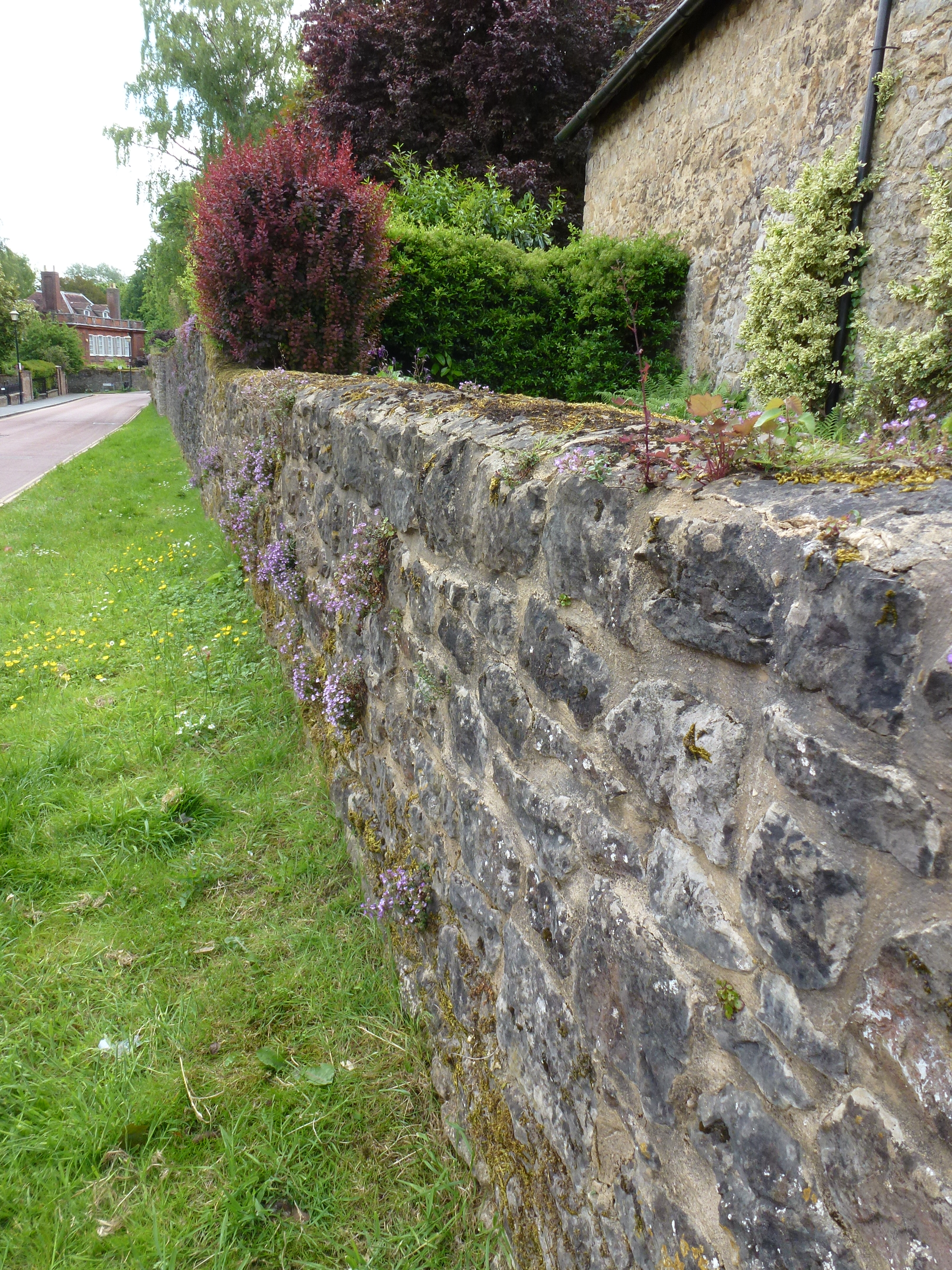