I would like to carry out again a comprehensive inventory of vascular plant life at Moor Copse – possibly in 2015 – in order to highlight the ecological and floristic changes since management has been taken over by the BBOWT (Berkshire, Buckinghamshire and Oxfordshire Wildlife Trust). Let me know if you are interested in taking part!

The full report of the 2007 survey can be downloaded from the BSBI (Botanical Society of Britain and Ireland) website from this link.

The BBOWT extended their nature reserve of Moor Copse, Berkshire, UK, in December 2006 with the acquisition of 29 ha of land adjacent to the existing reserve.  Further details regarding this site can be found in Haseler (2008)

The aim of the survey conducted in 2007 was to record all vascular plants present within the different areas of this extension over the duration of one growing season.

Overall, 291 species were observed in 2007 during 12 visits, 4 extra species were found the subsequent year, and a further 7 additional taxa were reported for 2007 and 2008 in the The Reading Naturalist (Keith-Lucas, 2008; 2009). The most diverse areas within the reserve were the River Field and the Arable Field, however the latter area is undergoing restoration as a grassland which will probably induce dramatic changes to its floristic composition and ecology. 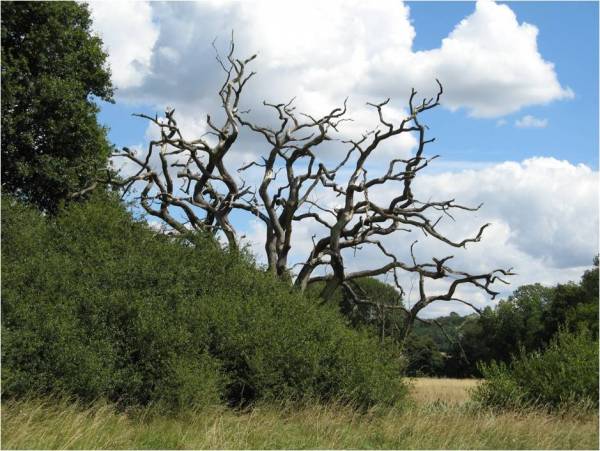 Putting results into a wider national context, the presence of the increasingly scarce Silaum silaus is an indicator for the UK BAP priority habitat of lowland meadows, and indeed the River Field, Cottage Field and Corner Field areas comprise areas of unimproved neutral grasslands as defined in this scheme.

At the level of Berkshire, the study site as a whole scores as a moderately ancient woodland(Crawley, 2005 a), and hosts 12 plant species registered as rare plants in the county (Crawley, 2005 b):

In addition, the fine carpets of Bluebells in the spring have a high value as far as biocultural diversity is concerned.

This report also discusses in depth limitations of the methodology used for the field campaign. This element was deemed of utmost importance in order to facilitate subsequent botanical study of the site.

Crawley, M.J. (2005a). The flora of Berkshire: including those parts of modern Oxfordshire that lie to the south of the river Thames; with accounts of charophytes, ferns, flowering plants, bryophytes, lichens and non-lichenized fungi. Harpenden: Brambleby Books.

Haseler, J. (2008) Moor Copse – the Wildlife Haven on our Doorstep. The Reading Naturalist. Published by the Reading and District Natural History Society.