One week of field work in North Norfolk, surveying aquatic plants and collecting water samples for analysis in the lab. Working as a team with my colleagues from the University of Stirling, we completed all the planned work, which was a mammoth task and only possible thanks to amazing team work. Amongst other things, we completed 34 surveys of aquatic plants (totalling 580 macrophyte observations across North Norfolk) and revisited all of last year’s 28 sites.

I collected this intriguing little Galium with minute cream / pale yellow petals while in Cardiff, Wales, UK, last week for a conference not directly related to field botany. As it was my first time in Cardiff I got up early and went for a random walk – and my eyes got stuck with this miniature plant, growing between pavement cracks at ST19167594.

I first thought of Herniaria glabra – which would have been a surprise –, then looking closer, it reminded me of Sherardia arvensis, yet the pale yellow creamy tiny petals ruled this taxon out. When I got round to look at the specimen collected more closely from the comfort of my home lab, it did not key out well in Stace (2010). Could it be something ‘new’?

As I knew I would not have an opportunity to visit an herbarium in the coming weeks or months, I resorted to the online account of Galium from Flora Iberica (Ortega Olivencia and Devesa, 2007). The specimen collected matches very well Galium murale and no other taxa from Spain or Portugal. However, the plant found in Cardiff could be originally from another region of the World than the Iberic peninsula, so there remains a certain degree of uncertainty regarding its taxonomic identity.

Going back to Stace (2010), a more thorough inspection revealed that G. murale is mentioned as an additional species, but not included in the key. He also suggests that it may be spreading – which might prove right.

A quick internet search suggests that Galium murale has been reported to Britain and Ireland several times in the past, including as a wool alien in the past. In recent years, there is a 2008 report of a large colony in Sussex in a previous issue of the BSBI News (Nicolle, 2008). Looking at the BSBI distributions maps online there are six recent sightings in southern England, Wales and Ireland (excluding the Sussex population – 02/05/2017).

How to spot Galium murale? It looks a bit like Sherardia arvensis, or Galium aparine that shrank dramatically. However, there are important general differences: the general size (G. murale is a very small plant – see picture with one penny coin for scales), the size and colour of the four petals (cream) and the number of leaves by whorl (four). Important finer characters for identification against other Galium: forward pointing bristles on the leaves, cylindric ovary/fruit only partly covered by bristles.

In Stace (2010), it keys out as Galium boreale because of the whorls of 4 leaves but this was obviously not a good match with my plant. Ignoring this and going onto couplet 3, leads one to Galium spurium, however, the description and the size of this species did not match my plant.

Happy hunting everyone – a lovely little plant to be looking for in warmer part of Britain and Ireland. Best time of the year would be early spring/spring time.

BESS – Biodiversity & Ecosystem Services Sustainability – was a £15M 2011-2017 research programme funded by NERC, the UK research council concerned with the natural environment. This conference was a wrap up event co-organised with the BES, the British Ecological Society and hosted by the Water Research Institute at Cardiff University. 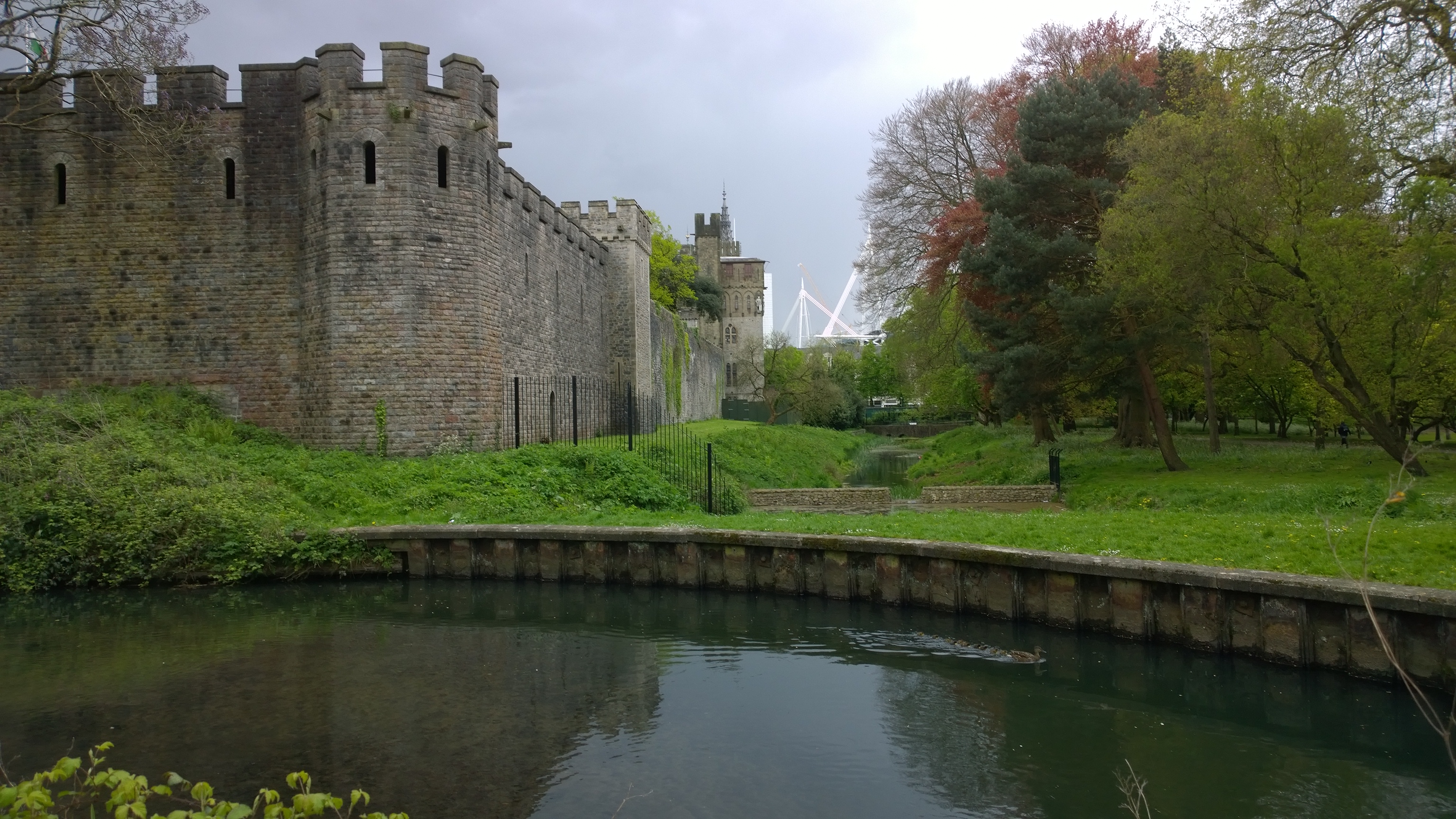 It was a great opportunity to present results from our Lakes BESS project, my first postdoc, and interact with a fun bunch of researchers with similar interests. It was also a chance to learn about the tremendous research advances in the field of biodiversity and ecosystem services achieved by BESS researchers and others.

The most thought-provoking talk was delivered by Kai Chan from the University of British Columbia, Canada. He defended ideas published in his 2016 PNAS paper:

His talk aimed to demonstrate that relational values drive biodiversity and ecosystem services protection, in addition to the commonly accepted intrinsic and instrumental values of nature.

Was the audience convinced? His talked certainly sparked great interest and numerous questions. For sure there is an empty gap to be filled around the classic divide between protecting the environment for its intrinsic value or for very utilitarian reasons. This simplistic intrinsic-instrumental value scheme is simply not sufficient anymore.

The other outstanding talk I would like to highlight here is that of Elena Bennett from McGill University, Canada. She demonstrated with practical example from work carried out by her lab how ecosystem services can inform multifunctional landscape management.

She also finished her talk by reminding us about the “importance of the contributions of both nature and human action to the provision of services”, i.e. the natural environment does not simply provide us with what we need, quite the reverse ecosystem services also strongly depend on us working with nature, in a co-production.

Many other contributions could be mentioned here, including a whole session dedicated to ecological resilience. Our Lake BESS presentation was well received judging by the positive comments people shared.

My talk title was: Landscape connectivity is important for lake ecosystem function and biodiversity and I am pleased to share slides from the introduction and conclusion: 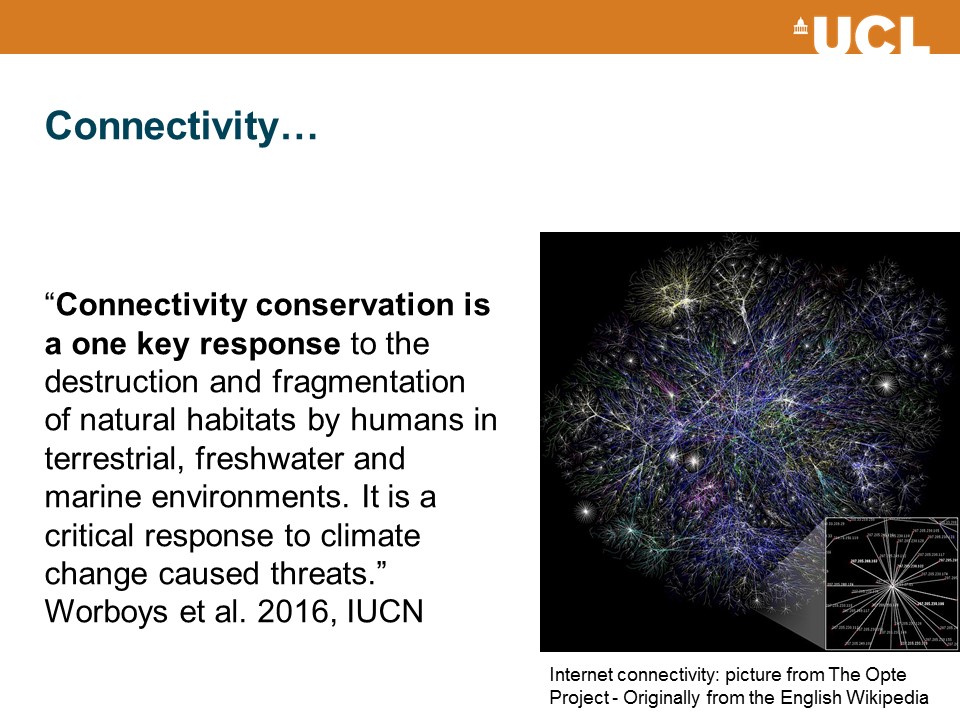 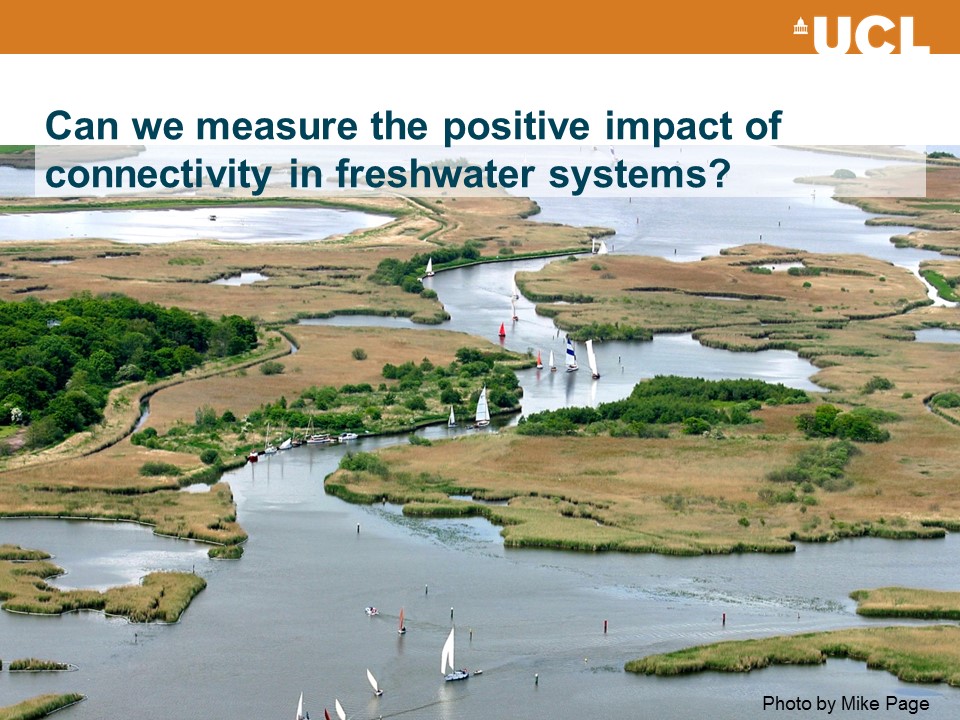 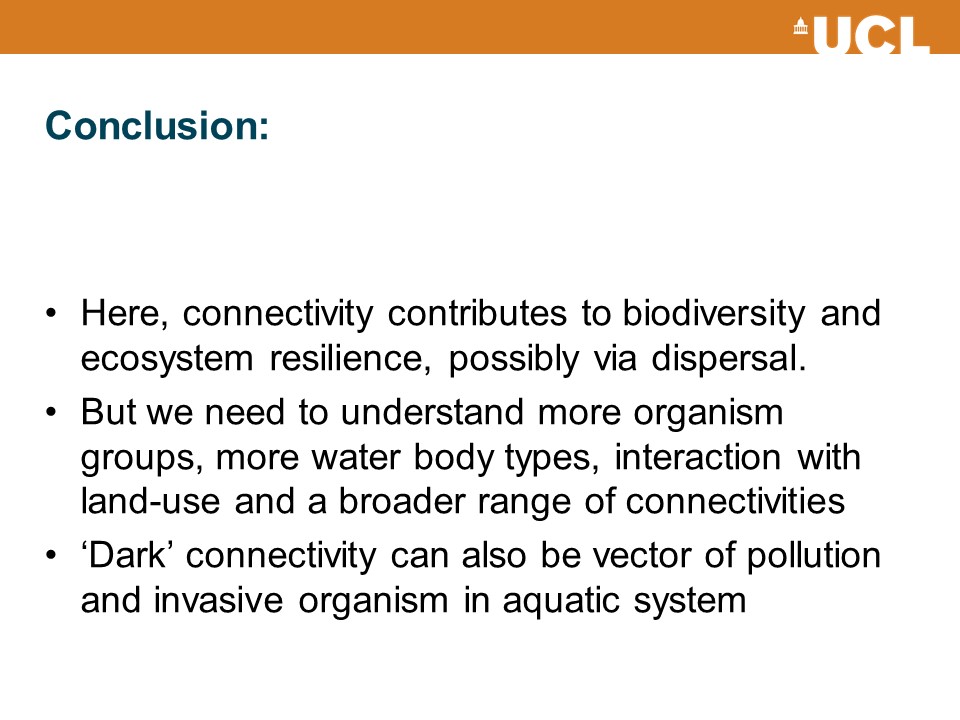 The Oostvaardersplassen, palaeoecology and dung fungal spores made the November 2016 cover page of Methods in Ecology and Evolution, with our paper:

Follow this link for more information about this photo cover.

Please visit the Hydroscape website to read how Hydroscape’s field work is the cherry on my research cake! This light-hearted post introduces some of my post-doc research using anecdotes brought back from our field work campaign in North Norfolk, the Lake District and the Glasgow area.

Please visit methods.blog to read about European Bison, Rewilding and Dung Fungal Spore. I was invited to write this blog post for the official blog of Methods in Ecology and Evolution following our article: 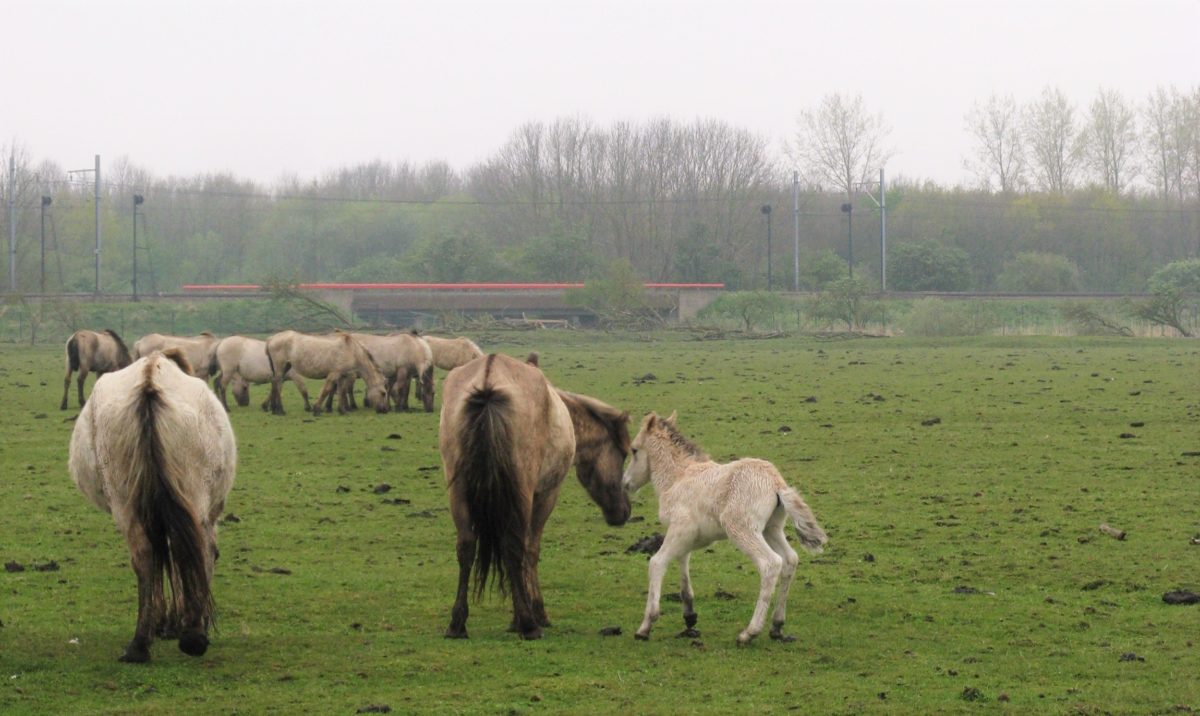 You’ll be interested in our latest paper developing the dung fungal spore method and published in Methods in Ecology and Evolution.

Most of the research examining the relationship between large herbivores and their impact on landscapes has used extant studies. An alternative approach is to estimate the impact of variations in herbivore populations through time using fossil dung fungal spores and pollen in sedimentary sequences. The ponds at Oostvaardersplassen provided the ideal setting  to develop further the dung fungal spore method and determine the relationship between spore abundance in sediments and herbivore biomass densities. Our results indicate that this method provides a robust quantitative measure of herbivore population size over time.

The Oostvaardersplassen, The Netherlands, is a nature reserve established on polder land. Re-wilding was initiated at this site from 1983 with the introduction of free-ranging Heck cattle (Bos taurus Linnaeus) in 1983, Konik horses (Equus ferus caballus Linnaeus) in 1984 and red deer (Cervus elaphus Linnaeus) in 1992. Moreover, 1001 ponds were created throughout the reserve between 1985 and 2000 for avian biodiversity. The site is managed with a policy of minimal intervention, i.e. the population size of freely roaming large herbivores is not controlled by culling, no supplementary feeding is given during winter and no management intervention is implemented to maintain vegetation.

Please follow the link below for more details about the London Freshwater Group meeting, March 18th 2016. A programme packed with fab freshwater talks, including one about Lake BESS by Ambroise Baker.