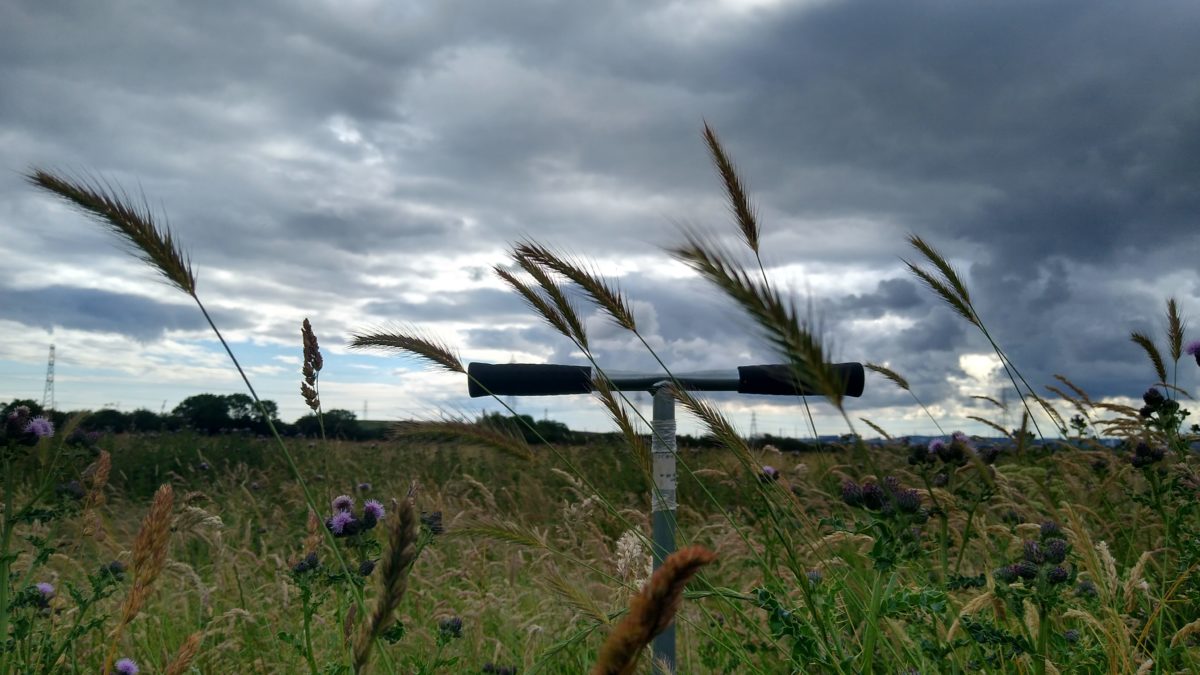 This project will quantify changes in biodiversity, ecosystem function, carbon stocks and their interactions during the initial phases of rewilding. At the primary field site, some 66 experimental fixed plots are set up within formerly agricultural land comprising a variety of arable, improved, and natural grasslands. Rewilding was initiated in 2022, with the cessation of agricultural activities which will be followed by large herbivore re-introduction (eg hardy free-ranging cattle and pigs). The analysis will quantify ecosystem changes in time, against baseline data collected in 2021-2022, and enable an assessment of rewilding contribution notably to net-zero and nature recovery policies.We anticipate the project to be a unique opportunity to work with a range of collaborators inside and outside academia. We are looking for candidates with a strong interest in combining biodiversity, microbiological and environmental science, to develop novel evidence contributing to the UN decade of ecosystem restoration.

Applicants who are employed and their employer is interested in funding this PhD, can apply for a Collaborative Studentship.

Applications are welcome from UK, EU and International students. 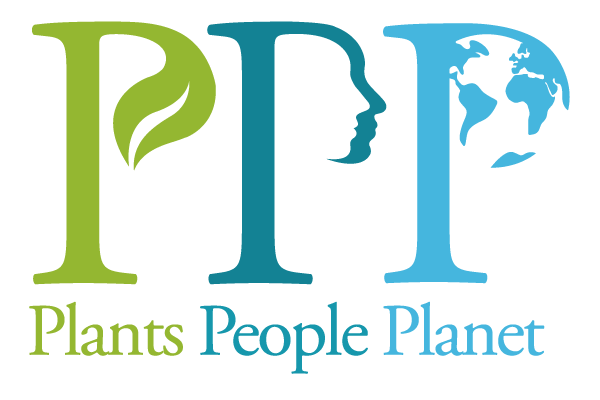 This external committent at Plant People Planet will be an opportunity to bring together academic and botanical expertise and develop my editorial skills.

Plants, People, Planet aims to promote outstanding plant-based research in its broadest sense and to celebrate everything new, innovative and exciting in plant sciences that is relevant to society and people’s daily lives. For more details, see our Aims and Scope.

I am very fortunate to have joined the editorial board at large and will be serving as editorial advisor.

It is very exciting to hear Chris Francis from RSPB Saltholme speak about his new rewilding project on Teesside.

BIG NEWS!
From today, 100 hectares of farmland returns to the RSPB's direct management!
So, we're going to return this land to nature.
We will update you all on progress over the coming years. Watch this space!#rewilding #naturalregeneration #nature #wildlife #conservation pic.twitter.com/RjXAlGWElM

Rewilding is gaining momentum as an opportunity to address the climate and biodiversity crisis, but there remains a lack of quantitative evidence detailing the biodiversity and ecosystem services responses in different landscapes. This lack of evidence is particularly acute in post-industrial landscapes, and I propose to study this 100ha site due to be rewilded by RSPB from 2022 in one of the most industrialised area of the UK, with ad hoc monitoring to capture change over time, as natural processes override anthropogenic influence.

I am sharing a diagram drawn as a memory aid to support field botanists remembering the origins of the species and hybrids of mints find in Britain and Ireland (genus Mentha). It is based on Stace IV and  R. M. Harley’s account of the genus Mentha in Stace et al. 2015. Hybrid Flora of the British Isles. The diagram does not reflects the full complexity of each taxa and is a simplification based on best current knowledge. In addition, it does not include the interesting new insights presented in Heylen et al 2021. 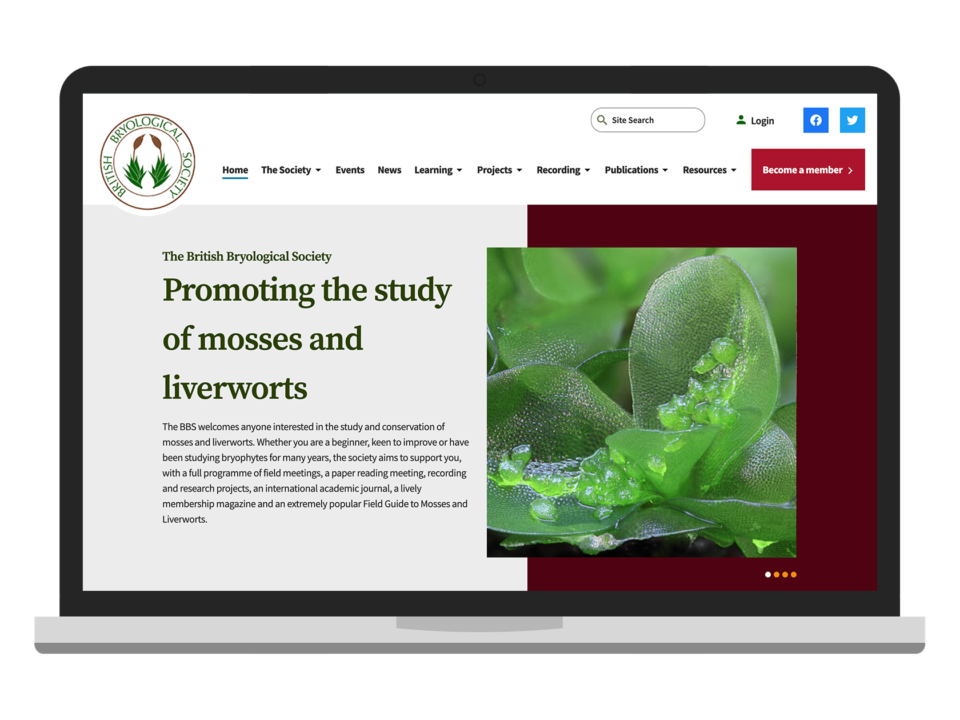 In my function of trustee and co-website editor, I was able to take part and co-lead the development of a major website for the British Bryological Society (BBS). The new website significantly improves the design, navigation, accessibility, functionality, SEO, and content, in comparison to our previous website – altogether strongly contributing to delivering the mission of the Society: promote a wider interest in all aspects of bryology.

But what is bryology???

Bryology is the study of bryophytes, also known in English as mosses, liverworts and hornworts and the best way to find out more is to head straight away to the relevant page of our new website!

I expect most people will fall in love with the featured photography and these tiny plants, but you will also found a wealth of scientific resources about bryophytes on the new website. There is more than one page per day in the year, each contains expert knowledge about bryophytes, about the Society itself… and even the lives of bygone bryologists.

The new website was developed in close collaboration with  Castlegate IT, a York-based web developer specialised in fully bespoke WordPress sites. They provide more details about the BBS-Castlegate IT collaboration on a page you’ll access following this link.

I simply can’t wait for the Festival of Ecology in Dec 2020, an all online event that replaces the British Ecological Society’s traditional in-person annual meeting this year. BES events are always a huge source of inspiration with talks from researchers around the World, discussions, and an opportunity to meet with long-time-no-see colleagues.

In addition, this year I am going to present some of my work on megafauna with a 15-mins talk:

Reviving the function of extinct megafauna: inspiration from the past

This talk will be strongly inspired by work recently published and introduced on this blog post and on this one.

It will also be an opportunity to wave high the Teesside flag and highlight the fantastic, positive energy coming from our Earth, Ecology and Environment Research Collective

And here is the talk as delivered: 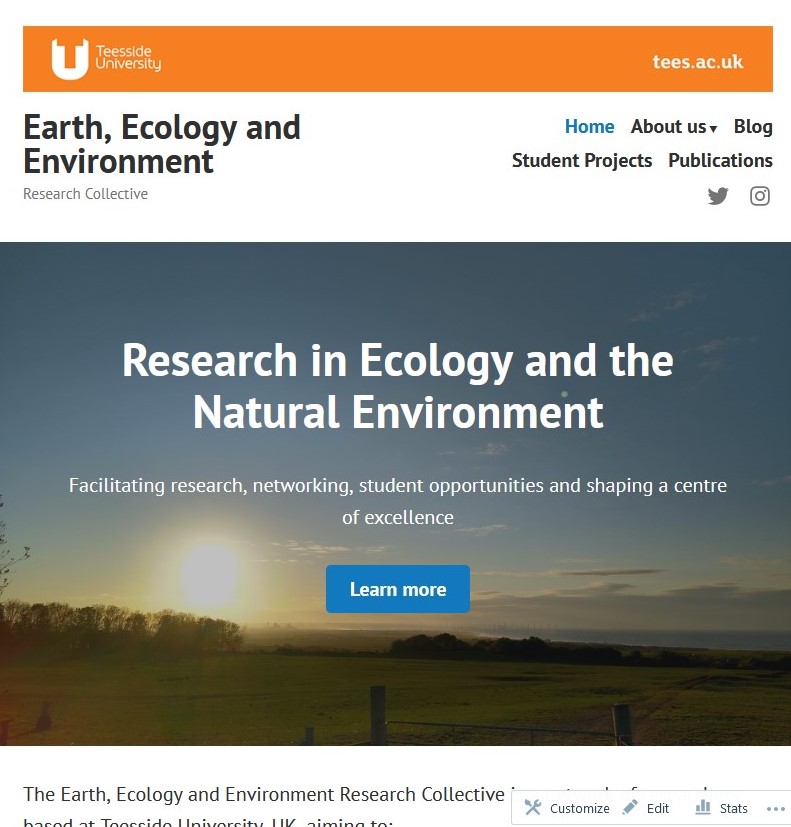 I am so incredibly proud and excited to introduce the new Earth, Ecology and Environment website, presenting our research collective at Teesside University.

This website will contribute to raising the profile of our research and academic activities. The hope is that, as we are all individually growing our academic portfolios and that the group grows with new researchers joining, the site will grow into a go-to resource of information about our successes, for colleagues around the world, partners, at the university as well as for existing and prospective students.

Laura writes: “I am currently entering my second year of study of Environmental Science BSc at Teesside University. During my first year, I carried out a Student as researcher position with Ambroise, which was a fantastic opportunity to develop my skills as a researcher. Below is a description of my project as presented at the Tees Valley Nature Partnership annual conference in June 2019 hosted by Teesside University’s Ecology and Environment group.”

“This project sought to determine whether there was a link between the age of freshwater habitats and the diversity of resident molluscs. Data was collected across Cumbria, Norfolk and Glasgow to analyse biodiversity while a variety of historical mapping software was used to determine the approximate age of said sites.”

“Sources used were: Oldmaps.co.uk, GoogleEarth and GIS. National grid references (NGR) were used to access historical maps of the area, which were compared in a GIS to determine the appearance of the water body. The times in which the water body first appeared in historical mapping were compared to that of previous maps to determine approximate age. Man-made water bodies had specific build dates, which were found by contacting various land managers and local bodies. Any water bodies that existed without change from the oldest available maps were recorded as 0 and they were assumed to be of natural origin.” “I found that younger ponds have a higher species richness on average. The opposite result was found for lakes as there is a apparent decrease in species richness with younger lakes. The oldest lakes show some of the highest species richness throughout the sample group, suggesting that more mature lakes yield the highest mollusc species richness.”

“There are many potential reasons for this trend in mollusc diversity in relation to age. For example, eutrophication and accumulation of sediments may be the reason for the trend in pond mollusc species richness. As sediments build up over time, there may be less available habitat.
Over time ponds may also experience encroachment from vegetation, particularly trees which may lead to eutrophication; building up over time and leading to a poorer water quality of which some mollusc species may be unable to tolerate.”

“Whereas, it may be that the lakes that have been established for a longer period have accumulated more mollusc species over time. This could be for a number of reasons such as: colonisation, establishment of plant species (food source and habitat) as well as the quality of the water and the maturity of natural water purification systems. Younger lakes may not have developed these yet and so cannot support the same number of species; particularly those more delicate and vulnerable to sudden change.”

“These data suggest that there is a correlation between the age of a water body and the species richness of molluscs. While older ponds decrease in biodiversity with age, lakes behave in an opposing manner.
The implications of this is a call for increased protection of older lakes as these harbour the highest diversity. Findings also suggest a reduction in richness with age in ponds may be down to accumulation of pollutants as well as sediments. This, too, may call for increased management to regenerate ponds, maintaining diversity.”

“Further research will be carried out on other organisms such as aquatic plants, beetles and dragonflies to determine any wider correlations.”

“Thank you to LTE for funding this research project and to Dr Ambroise Baker, Dr Alan Law and Dr Carl Sayer for help with research. Thank you also to NERC Hydroscape research project for providing biodiversity data.”

Although only halfway through this one week course, I am already blown away! I signed up to open new opportunities for my datasets and this course on Structural Equation Modelling (SEM) is exceeding my expectations. And here again, like on field work, lots of jolly Hydroscape camaraderie with fellow Hydroscape researchers Geoff Phillips, Alan Law and mad tweeter Dr ZP @ZarahPattison

This course, organised by PR Statistics and delivered by experts Jarret Byrnes and Jon Lefcheck, is taking us through all the basic of SEMs and is designed for us to become independent in implementing SEMs using our own data – or even better to collect data that will make the most of this analytical method.

SEMs allow us to account for the complexity of the natural world when analysing data collected in the field and get to grips with direct and indirect cause to effect relationship among variables.