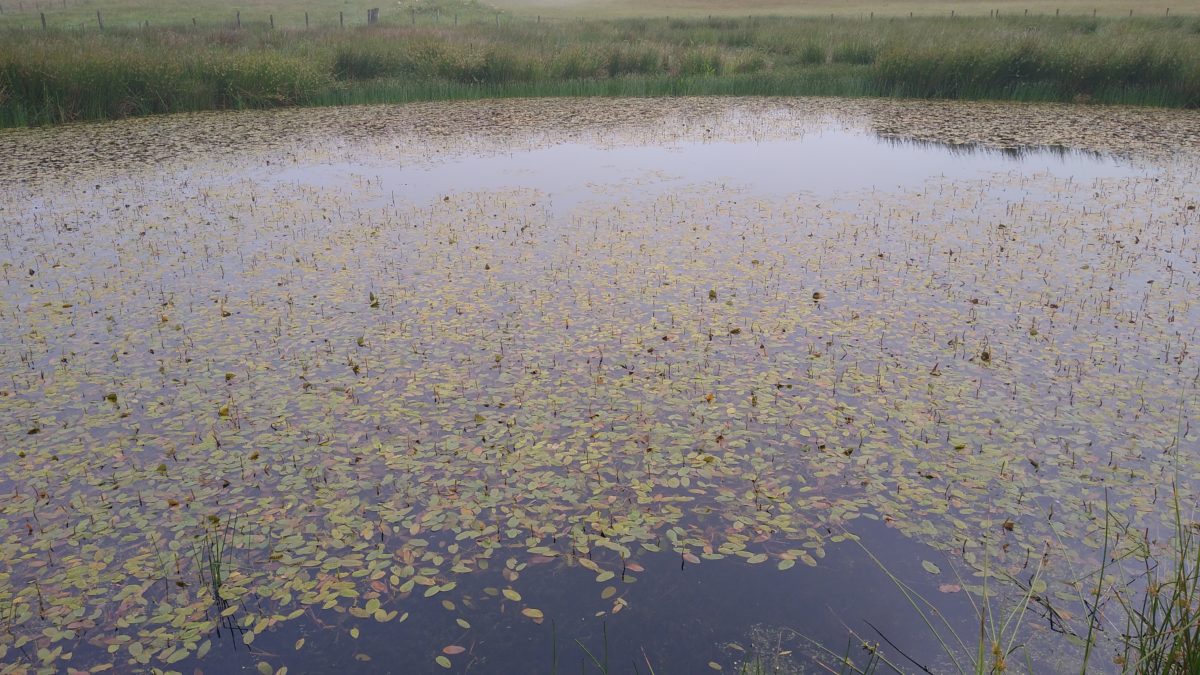 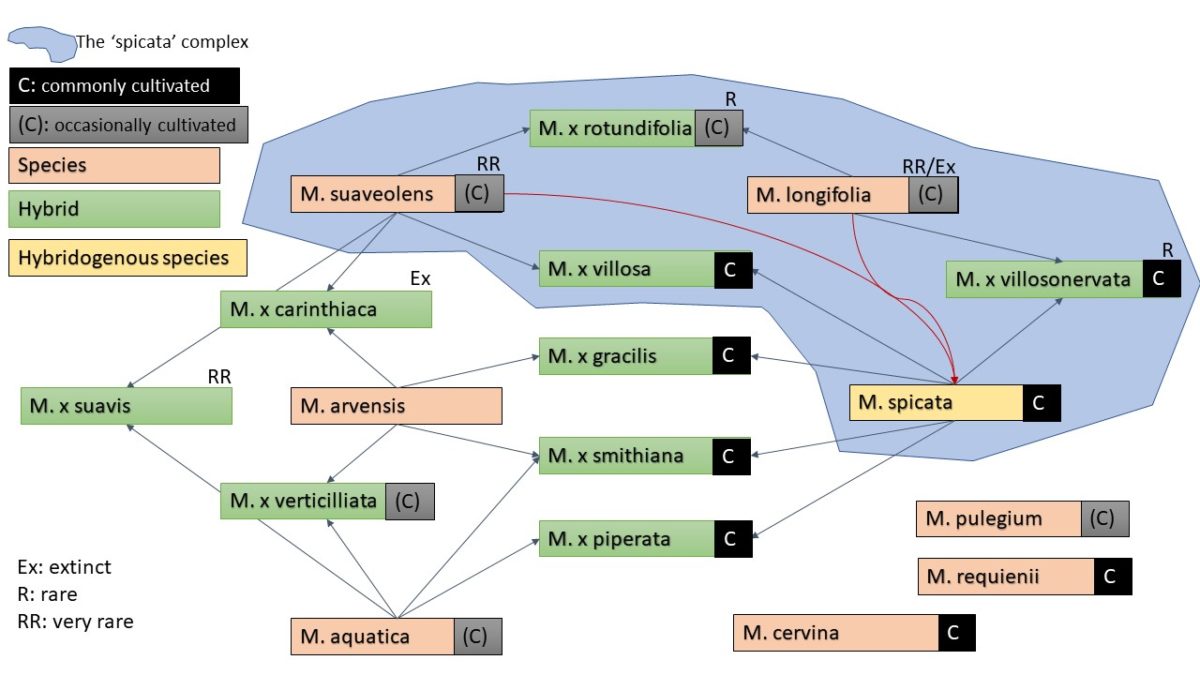 I am sharing a diagram drawn as a memory aid to support field botanists remembering the origins of the species and hybrids of mints find in Britain and Ireland (genus Mentha). It is based on Stace IV and  R. M. Harley’s account of the genus Mentha in Stace et al. 2015. Hybrid Flora of the British Isles. The diagram does not reflects the full complexity of each taxa and is a simplification based on best current knowledge. In addition, it does not include the interesting new insights presented in Heylen et al 2021.