Lake BESS research on the importance of water connectivity for healthy shallow lakes in the Upper Lough Erne, Northern Ireland and in the Broads, England, was presented to the Broads stakeholders yesterday. The event hosted by the Broads Authority.

This was an opportunity to discuss how our research will be translated into actions in the Broads where multiple major restoration projects are happening.

Carl Sayer gave an inspirational talk comparing the lake ecology and aquatic vegetation of the Upper Lough Erne region and The Broads. 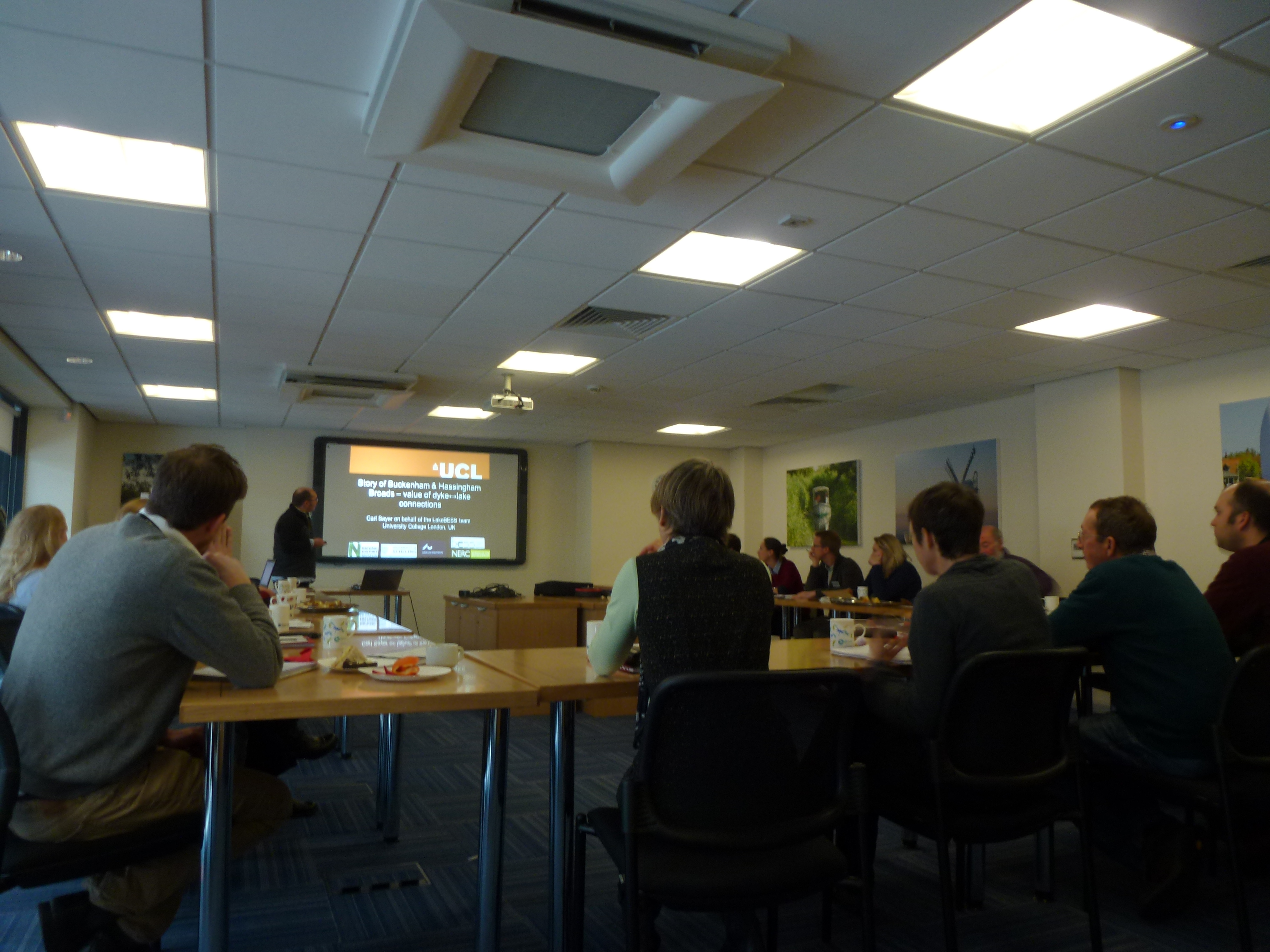 From January 1st 2016, I will start working as a post-doctoral researcher on the newly funded project Hydroscape, one of NERC’s highlight topics.

Hydroscape is led by Dr Nigel Willby at the University of Stirling and is interested in the importance of interactions between connectivity and stressors for freshwater biodiversity.

“Hydroscape is a four-year project that started in December 2015 and is funded by the UK Natural Environment Research Council (NERC). It aims to determine how stressors and connectivity interact to influence biodiversity and ecosystem function in freshwaters across Britain. While stressors such as nutrient pollution and climate change drive ecological degradation, connectivity between freshwater habitats is a major force behind both dispersal of stressors and biodiversity. Currently, the implication for freshwaters of future changes in stressor intensity and in connectivity levels across Britain are poorly understood. Hydroscape will significantly improve this understanding and therefore inform the work of organisations engaged in waterbody restoration, biological conservation, the control of invasive species and diseases of wildlife and humans, at the international, national and local level.”

My main focus within Hydroscape will be on the “Distribution of biodiveristy within the landscape” and how connectivity affects biodiversity distibution, connectivity being a measure of potential for dispersal.