The little article below is to be published in the next Sorby Record, Sheffield.

“As a contribution to the South-west Yorkshire (v.c. 63) Vascular Plant Red Data List, a population of Festuca altissima (wood fescue) was re-found at Forge Dam in the Porter Brook Valley, Sheffield, UK.

This population was first observed in 1991, when it was seen on “On steep shady bank by path” by Ian Rotherham with the grid reference SK303849. This record for F. altissima had remained overlooked by O. Gilbert who completed ecological work in the valley (Gilbert, 2001; 2003) as well as during the field recording undertaken in the area for the South Yorkshire Plant Atlas by Wilmore et al. (2010)(Ken Balkow, personal communication, 2013).

F. altissima is a rare grass in South-west Yorkshire where it is only know from four other sites, one in the same valley, two in the Sheffield area and one between Sheffield and Barnsley (Wilmore et al 2010).

It is not rare nationally but restricted in distribution by its narrow ecological preferences. It grows exclusively on steep slopes in shaded valleys on neutral to mildly alkaline soils and is believed to regenerate very slowly, i.e. to be sensitive to mechanical disturbance (Cope and Gray, 2009; Richards, 2013).

The Porter Dam population is located in or adjacent to SK30378492, on the South bank of the Porter Brook. There are approximately 40 individual plants, large and small, suggesting a healthy and dynamic population but, unfortunately, there is no indication of abundance associated with the 1991 record and as a consequence, it is not possible to ascertain any population dynamic through time.

The 40 plants are split equally into two groups by a large specimen of Prunus laurocerasus (Cherry Laurel) and there is no regeneration under the canopy of this shrub. Cherry Laurel appears to increasingly encroach this bank of the river, potentially threatening the local population of F. altissima.

The rest of the valley has not been searched for systematically for other populations of F. altissima and it cannot be excluded that other locality will be found in the future. The picture below shows the vegetative diagnostic character for the identification of F. altissima. These reduced leaf blades called cataphylls are of variable length and can be observed towards the base of the stem. Please refer to Cope and Gray (2009) or to Hubbart (1986) for a full description of the plant.

I am very grateful to John Poland, BSBI (Botanical Society of Britain and Ireland) referee for vegetative identifications, to confirm the identification of the plant material sent and to Ziggy Senkar and Ann Le Sage for taking interest in this botanical findings.

References cited in the text: 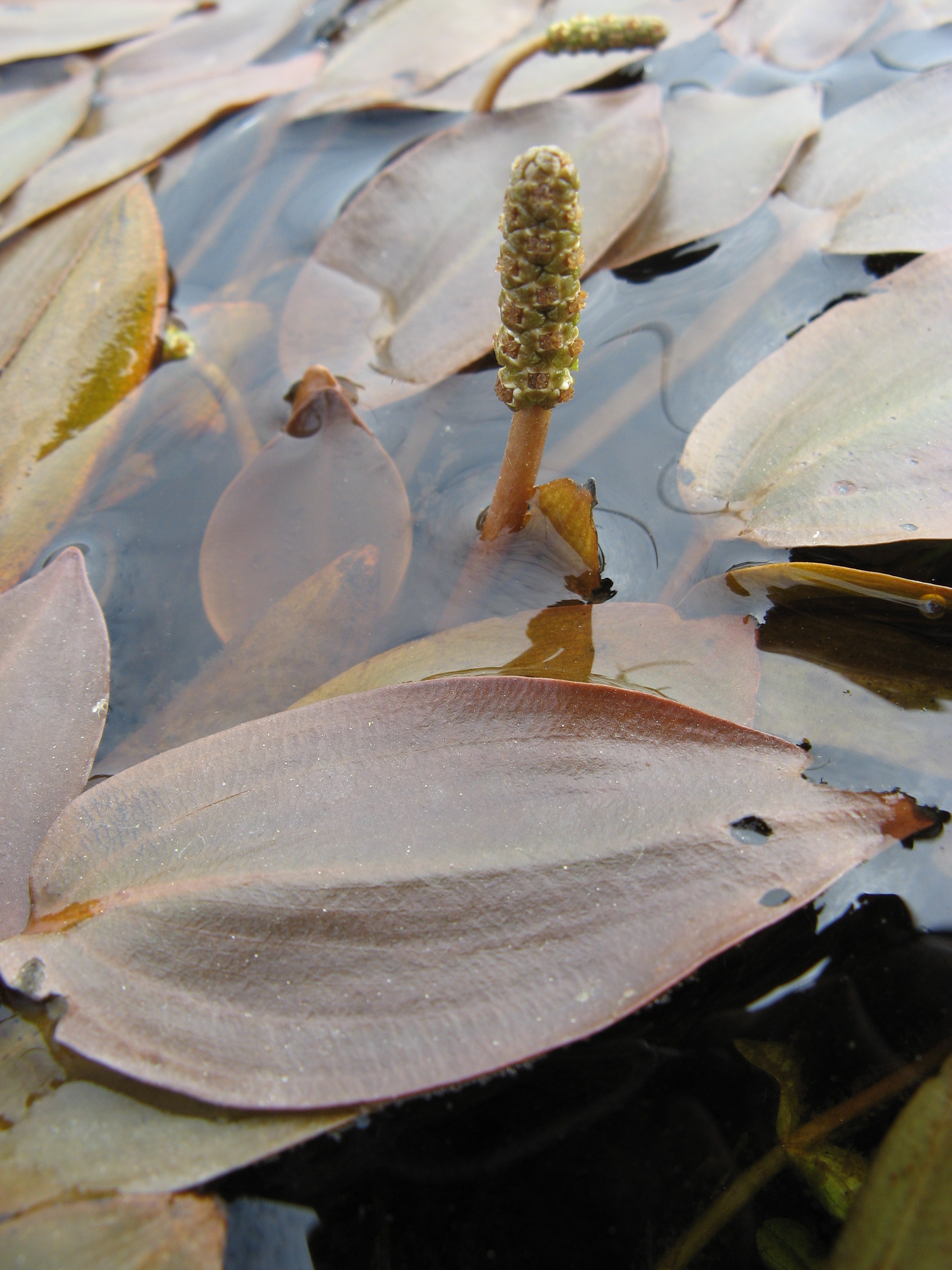 The islands of Britain and Ireland have over 40 species or hybrids of pondweeds (genus Potamogeton). This diversity in pondweed is one of the highest in Europe with most European species being represented. Unfortunately local diversity and abundance of pondweeds have declined over the 20th Century, as a result of habitat destruction and pollution. The Upper Lough Erne region and The Broads are two areas of importance for the conservation of pondweed – but “what can we learn from these strongholds?” and “what measure could enhance their recovery nationally?” are questions we are trying to address part of the Lake BESS project. (Photo by Ambroise Baker: P. polygonifolius in full bloom).